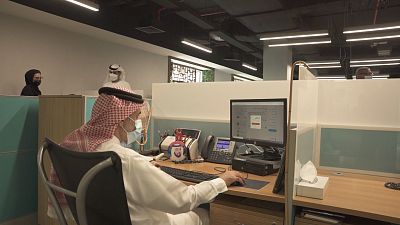 Dubai is set to benefit significantly from a strategic move to a shorter workweek. It’s been implemented by the UAE government to help boost productivity and for a better work-life balance.

Along with the new change to align with global markets and to improve economic competitiveness, the United Arab Emirates has also moved its traditional weekend from Friday and Saturday to Saturday and Sunday.

Abdulla Ali Rashid Al Nuaimi, the Assistant Undersecretary for Communication and International Relations at the UAE Ministry of Human Resources and Emiratisation, revealed that the approach was carefully studied to benefit all segments of society. He told Euronews, “Although it may seem like businesses are the primary benefactor of the new working week...we strongly believe that it has been highly beneficial to employees and their families.”

The transition and bid to go global kickstarted 2022 and has been applied to the public sector and schools. The financial markets followed soon after the announcement and in time the private sector is also expected to realign.

We were always either excluded or forced to take part during the weekend. So for us, it's a real improvement.

Santiago Castillo, Partner at Roland Berger, says his company is welcoming the new working week already, designed to smooth financial, economic and trade transactions with other countries. “We used to be called in to join global or wider call discussions, and often they were done on Friday. We were always either excluded or forced to take part during the weekend. So for us, it's a real improvement.”

This latest decision by the government means the UAE has become the first country in the world to adopt a four and a half day workweek, running from Monday to midday on a Friday.

Similar trials have previously been rolled out across a number of countries, including Iceland. The UK also very recently joined the growing list of other countries who are likely to follow suit, including Japan, Spain and New Zealand.

The revised timings have also been applied to schools. A few weeks into the new transition, and schools in Dubai are settling in nicely to their new timetable with no change to the curriculum. Clare Turnbull, Principal of The Royal Grammar School Guildford Dubai said, “It's been really easy to make some minor adaptations so that we can keep the richness and the breadth. With tiny, tiny tweaks we've been able to maximise our teaching and learning time with the children.”

It's not just schools that are adjusting, but families as well. Edwina Viel, a Dubai resident and mother of four children stressed the importance of family time and balance. She told Euronews, “I think a lot of people will benefit from it, there are so many things to do on a Friday. My children don't really have time for playdates at the moment, so this has really been amazing that they get to socially hang out with friends.”

With the COVID-19 pandemic highlighting mental wellness and increased flexible working capabilities globally, these new changes hope to support the global economic future for the country, whilst continuing to underpin the wellbeing of its citizens and residents.