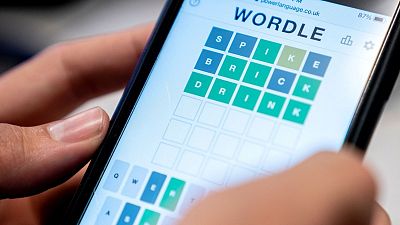 Apple has removed copycat apps of Wordle from its App Store after the appearance of clones of the viral word game sparked a backlash with users.

The original Wordle was created by American software engineer Josh Wardle and is playable only on a browser. There are no in-game fees or ads in his version of the game and Wardle plans to keep it that way.

He said that he created the game for his partner who is a word game fan, before sending it on to some family members and then eventually releasing it to the public in October 2021.

The game’s popularity skyrocketed this month and inevitably copycat apps started cropping up on Apple’s App Store and the Google play store.

So what exactly is Wordle?

Wordle is a free daily word game that has been taking the internet by storm. As with many of the most popular games, its premise is fairly straightforward. You start off with five empty boxes which the user must fill in to guess what the secret word of the day is.

The word is the same for everybody and changes only once per day. To be successful you have to guess the word using no more than six guesses. In each guess you are told if any of the letters used are in the secret word and if the placement of those letters matches up with the secret word. Using what you have learned from previous guesses you continue on until you guess the correct word or reach six guesses.

What’s the controversy around the copycats?

People creating knock offs of popular apps and games and selling them on the App Store is nothing new. And Apple has been criticised in the past for its lack of vetting process and slow reaction when this does occur.

Last year, it was disclosed that Apple employs 500 staff to manually review apps before they are allowed on the App Store, a process that sees 40 per cent of applications rejected.

However, there still seems to be many slipping through the cracks.

In the case of Wordle, there has been a massive online backlash to the practice. Wordle itself is only available to play on a browser; there is no app for the game.

The background story of the game’s creation also appears to have resonated with many users.

Wardle, the founder of the game, told the BBC that he is “a bit suspicious of mobile apps that demand your attention and send you push notifications to get more of your attention”.

“There are also no ads and I am not doing anything with your data, and that is also quite deliberate,” he added.

A developer of one of the Wordle copycat apps sparked an outcry online on January 10 when he tweeted about the app he had released and how successful it was becoming.

“450 trials at 1am last night, now at 950 and getting new ones every minute,” Zach Shakked tweeted.

In Shakked’s app (which was also called Wordle) there was an option to subscribe for $30 (€26.28) per month to access Wordle pro where you could guess 4, 6 and 7-letter words.

His tweets led to significant backlash from other Twitter users.

“This guy shamelessly cloned Wordle (name and all) as an F2P iOS game with in-app purchases and is bragging about how well it's doing and how he'll get away with it because Josh Wardle didn't trademark it. So gross,” one user wrote.

This guy shamelessly cloned Wordle (name and all) as an F2P iOS game with in-app purchases and is bragging about how well it's doing and how he'll get away with it because Josh Wardle didn't trademark it. So gross. pic.twitter.com/kIs8BypuRA

Apple’s own guidelines for developers says, “Don’t simply copy the latest popular app on the App Store, or make some minor changes to another app’s name or UI and pass it off as your own. In addition to risking an intellectual property infringement claim, it makes the App Store harder to navigate and just isn’t fair to your fellow developers”.

Shakked’s app along with several other copycat apps were later taken down by Apple and he responded to the controversy on Wednesday by claiming “Wordle is a rip off of another game” and said that “Getting mad that I charged a $30 subscription that 1000s of people were willing to pay is just bananas. This is how businesses work. You charge money. If it's too much, people won't pay”.

Here were my calculations:
a) Wordle is a ripoff of another game
b) Wordle the word isn't trademarked and there's a bunch of other unrelated word apps named the same thing
c) Wow, I'll hack together something on the weekend and see if I can make a buck

However, he did acknowledge that he had “crossed a line”.