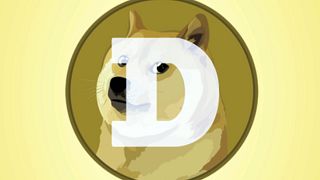 Tesla boss Elon Musk said the electric carmaker will accept the cryptocurrency Dogecoin to purchase its merchandise on a test basis.

The price of Dogecoin surged as much as 32 per cent on the news, before settling around a 25 per cent high, according to Coinmarketcap.

"Tesla will make some merch buyable with Doge & see how it goes," Musk said in a tweet on Tuesday.

The Tesla chief has previously called Doge the "people's crypto".

Dogecoin was created as an initial joke by two software engineers, who were making fun of the wild speculation of cryptocurrencies. Doge is considered the first "Meme coin".

It is unclear what Tesla merchandise may be purchased with Dogecoin.

Musk has invested in Dogecoin as well as Bitcoin and Ether. In March, he announced Tesla would accept Bitcoin as payment but less than two months later he pulled the plug, citing environmental concerns over Bitcoin mining.

The Tesla chief told Time Magazine, which named him their 2021 Person of the Year, that Dogecoin has its advantages over Bitcoin.

“Fundamentally, Bitcoin is not a good substitute for transactional currency,” he told the publication.

“Even though it was created as a silly joke, Dogecoin is better suited for transactions”.

He added that unlike Bitcoin, which investors hold onto instead of selling, Dogecoin is a currency that “encourages people to spend, rather than sort of hoard as a store of value”.

Tesla CEO Elon Musk sells off around €600 million in shares