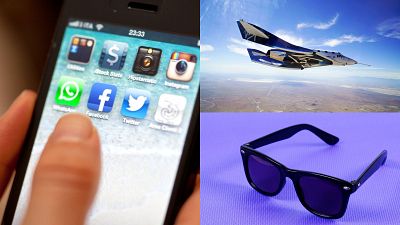 Apple will implement a system that checks photos on iPhones in the United States before they are uploaded to its iCloud storage services to ensure they don’t match known images of child sexual abuse, the company announced on Thursday.

Here’s how Apple's system will work.

Law enforcement officials maintain a database of known child sexual abuse images and translate those images into "hashes" - numerical codes that positively identify the image but cannot be used to reconstruct them.

Apple will implement a similar database using a technology called "NeuralHash", designed to also catch edited images similar to the originals. That database will be stored on iPhones.

When a user uploads an image to Apple's iCloud storage service, the iPhone will create a hash of the image to be uploaded and compare it against the database. The company claims that the system is designed to reduce false positives to one in a trillion.

"Apple is replacing its industry-standard end-to-end encrypted messaging system with an infrastructure for surveillance and censorship, which will be vulnerable to abuse and scope-creep not only in the US, but around the world," said Greg Nojeim, co-director of the Center for Democracy & Technology's Security & Surveillance Project.

Facebook and Ray-Ban are collaborating to launch a pair of smart sunglasses. While details are still thin on the ground, it’s believed to be another step towards the company’s ambition of creating an online metaverse.

The metaverse, short for "meta-universe", is a digital world where the real and virtual merge into a vision of science fiction and allows people to move between different devices and communicate in a virtual environment. In practical terms, it refers to augmented and virtual reality products and services.

"The glasses have their iconic form factor, and they let you do some pretty neat things," Facebook CEO Mark Zuckerberg said.

"So I’m excited to get those into people’s hands and to continue to make progress on the journey toward full augmented reality glasses in the future.

"Our business model isn’t going to primarily be around trying to sell devices at a large premium or anything like that because our mission is around serving as many people as possible".

It’s a sunny day and you’re stuck in the office. We’re all been there. Well, what if your office was the beach itself?

That’s what telecommunications company Three aims to do with their pop-up offices on Margate beach in England. The sun traps are free to use on a first-come-first-served basis until Wednesday (August 11).

The switch to remote working for many people across the world has given people more flexibility on exactly where they work. Yet, due to connectivity problems, most people invariably end up stuck inside.

However, Three are trying to show how that may no longer be the case in the future with the help of 5G. Each beach office comes with full 5G connectivity and everything you’d need for a workday to go swimmingly.

Fancy a trip to space?

Virgin Galactic announced that tickets to go into space will go on sale from Thursday (August 12). So, if you have a spare $450,000 (€382,000) lying around then you could be the next person to jet off into the unknown.

The company will offer three options: to book a single seat, to buy a multiple seat package for couples, friends, or family members, or to buy all the seats on the ship.

The ship has been designed to accommodate up to six passengers in addition to the two pilots, but the model used at the moment only carries four.

The announcement of the sale follows billionaire Richard Branson’s high-profile test flight last month. He along with three other employees successfully soared more than 80 km above the New Mexico desert aboard a Virgin Galactic rocket plane.

The first commercial flight of private astronauts is scheduled to take place "at the end of the third quarter" of 2022, Virgin Galactic CEO Michael Colglazier said.