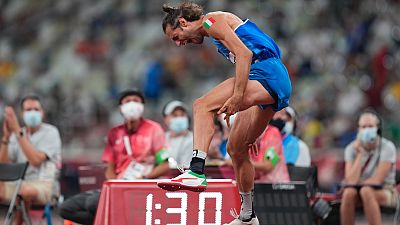 While the focus of the Olympic Games is the participating athletes, behind the scenes are a legion of unsung heroes who keep things ticking over at the event. Step forward the timekeepers.

Omega first became involved in the Olympic Games at the X Olympiad in Los Angeles in 1932. With nearly 90 years' experience, the official timekeeper of the games has a few new tricks up its sleeve this year to continue to innovate in the field.

Taking place a year behind schedule due to the COVID-19 pandemic, Tokyo 2020 has been testing for all organisers and athletes.

For the Games' official timekeepers, the addition of five new sports to the Olympic programme has presented its own challenges to provide accurate race data and performance timings.

"We have solutions for over 100 sports. OMEGA serves as an official timekeeper not only at the Olympics but at many other sports competitions," said Alain Zobrist, CEO of Omega.

"So for the five additional sports that were welcomed to the Olympic programme, we had solutions on our shelf that we could take out and deploy here in the Olympics".

One of the sports debuting at the Tokyo Games relies on the latest technology at Omega's disposal, including positioning systems and motion sensors.

Sport climbing will become the second sport after swimming where athletes can time themselves using Omega’s revolutionary touchpads.

"For the very first time, athletes and coaches, as well as spectators, will receive detailed information about their performances between the start and finish," explained Zobrist.

"They are able to compare the data with other athletes' performances and eventually adjust their training also in future in order to improve their performances. So without a doubt these motion sensor, positioning systems are going to be a game-changer for the sport in future in terms of understanding the athlete performances".