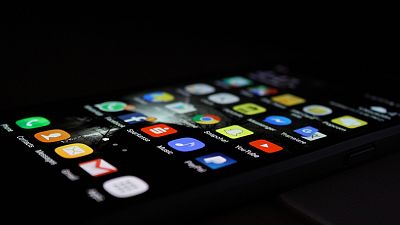 The French finance minister's phone is being investigated for a Pegasus spyware hack.   -   Copyright  Unsplash
By Wale Azeez  •  Updated: 01/08/2021

France's finance minister Bruno Le Maire said on Friday that his mobile phone was being investigated to determine whether he’d been victim to the spyware known as Pegasus.

The surveillance software, developed by Israeli company NSO Group, has been used in the attempted and successful smartphone hacks of scores of journalists, government officials and human rights activists, according to a media investigation coordinated by non-profit project Forbidden Stories.

"We are in an investigation phase, and that includes my own device," Le Maire told France Inter radio on Friday, but refused to elaborate.

Le Maire is in good company with President Emmanuel Macron, whose phone was also being examined for the potential spyware breach, targeted by as yet unknown assailants.

The president is on a list of 14 current or former heads of state possibly targeted for hacking by clients of the NSO Group, according to Amnesty International.

NSO has insisted that its product was only intended for use by government intelligence and law enforcement agencies to fight terrorism and crime, but that’s going to be of little consolation to the long list of victims who could argue that they’re working to the same end.

Russia’s legal assault on US tech giant’s continued apace this week when Google was fined 3 million roubles (€35,560) on Thursday for not complying with a 2014 directive to keep Russian users’ personal data on servers based within the country.

This is the first fine Google has incurred in Russia over data storage regulations. It’s part of the country’s ongoing attempt to control its online domain and reign in global tech leaders whose actions and policies from decisions made thousands of miles away affect its own citizens.

Russian state communications watchdog, Roskomnadzor, has tried unsuccessfully for years to force large tech firms like Facebook, Twitter, and Google to move the data of Russian users back to Russia.

And while the country has threatened to block the US companies from Russia, the most it has done to date is levy negligible fines when compared to the revenue they generate.

Russia warned it would block Facebook and Twitter in 2019 (having already blocked LinkedIn in 2016) for failing to comply, but - perhaps fearing a citizen-led backlash - just fined them 3,000 roubles (€35) each, to the amusement of industry observers.

It fined them again last year to the tune of 4 million roubles (€46,100) each for the same offence.

Then last week, they again felt the symbolic wrath of the Russian legal system, when they were fined 6 million roubles (€69,000) and 5.5 million roubles (€63,335) respectively, for failing to delete what the Moscow court called “illegal content”.

With Facebook pulling in $29 billion (€24 billion) and Twitter $1.19 billion (€1 billion) in revenues respectively in the last quarter alone, these tech giants - and onlookers - will struggle to see these fines as any kind of deterrent.

The German Federal Court on Thursday took exception to Facebook taking down what the social media giant called “hate speech” posts, without giving posters prior notice.

Ordering the posts to be restored, the Federal Court of Justice ruled that Facebook must give advanced warning to users in Germany before any account suspensions can take place.

Users must also be given reasons for suspension and the opportunity to respond, the court said.

The case related to deleted posts and related accounts suspended in August 2018 which were directed at Muslim migrants and other people of immigrant origins.

Facebook took them down in line with its own conditions of use set out in April that year, related to "community standards" and banned "hate speech".

But the court insisted those conditions were not defined precisely enough and demanded the posts be restored.

"Users of the network are inappropriately disadvantaged, contrary to the requirement of good faith," it said.

The court agreed that Facebook was entitled in principle to set standards that went above and beyond the legal requirement, and still reserved the right to delete posts and suspend accounts.

But this was provided that the company informed users it had deleted posts and gave advance notice - and reasons for suspensions - as well as a right of reply.

Facebook said it welcomed the court's ruling on being entitled in principle to remove content and to suspend accounts according to its own policies.

"We will examine the decision of the Federal Court of Justice carefully to ensure that we can continue to act effectively against hate speech in Germany," it said.

Facebook has struggled in the recent past around issues of defining hate speech and what the limits should be in terms of what’s permissible on its platform.

Its own 'oversight board', set up to rule on issues related to questionable content such as misinformation and hate speech being on the site, overturned a decision for certain posts to be removed in January.