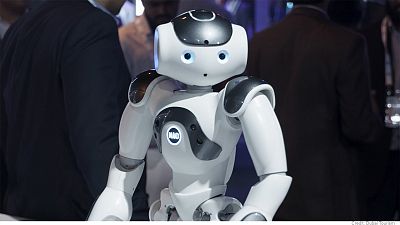 5G, the latest generation of wireless technology, is at the centre of the 2019 Gitex, the Gulf Information Technology Exhibition that draws over 150,000 people to Dubai annually.

Now in its 39th year, it attracts 4,500 companies embracing futuristic innovation and technology, making it one of the biggest information technology conferences in the world.

The event promises to mark a turning point not only for the advent of 5G, but also smart cities and the way big data is driving Artificial Intelligence.

AI is going to be a game-changer in all sectors and 5G will allow it to be nourished at an exponentially faster rate due to the huge levels of data it can handle.

But the Dubai World Trade Centre's Trixie LohMirmand says these new technological developments are "inconsequential" if we do not understand how it is being used in different sectors and industries — which is how an event Gitex helps.

"We take pride in that we present a lot of use cases, and make the event very relatable and accessible, making it very simple for the general public understand how it matters and how we can augment whatever that they're doing," she said.

AI will create millions of jobs around the world, LohMirmand said, adding that the United Arab Emirates would be the first country roll out 5G technology.

5G can reach speeds 100 times quicker than 4G, impacting everyday life from smart homes and medicine to traffic, as connectivity becomes even more mobile and accelerates technologiocal development — as Ahmed Bin Ali demonstrated with a new vehicle developed by his Etisalat Group that actually flies.

"It’s an electric motorbike, eight-cylinder engine Maserati," he said, "and it will be a flying motorcycle."

The four jet turbines will propel the vehicle, called the Lazareth, and it can switch from driving mode to flight mode in 60 seconds.

Bin Ali added: "I would say that a 5G world is a world without limits. I cannot specify any sector that will not benefit from 5G. The new technology that 5G and we are toward leading the digital future to empower society."

But while the 5G revolution continues at speed, any data-driven technology comes with its challenges.

Costs to build and buy are high, and there are increased fears for cyber-security as these technological industries enter a new digital age.