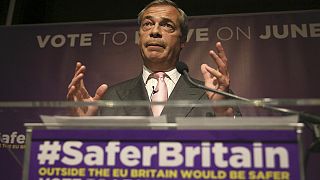 The United Kingdom is just days away from the Brexit referendum.

The Great British public will have to make a once in a lifetime decision whether or not they want to stay in the European Union.

Both camps have intensified campaign efforts over recent weeks.

But neither of them have managed to gather decisive support: just a days before the referendum, the polls paint a confusing picture.

In this edition we have an interview with David Thomas, executive chairman, Council of British Chambers of Commerce in Europe on what would Brexit mean for business.

The debate, of course, concerns all sectors of the economy and in our IT-dedicated segment we find out what the UK tech industry has to say about a possible Brexit.