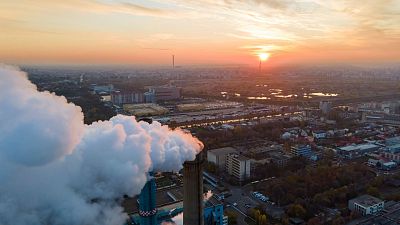 Air pollution is an issue that continues to affect Europe severely. According to a study by the company Airly, fine particle pollution is particularly high in the cities of the Balkans and Central Europe. Zagreb, Bucharest and Thessaloniki are at the top of the list of cities with the highest PM10 (Particulate matter with a microscopic diameter, less than 10 µm) concentrations.

For nitrogen dioxide pollution, the highest levels are found in Naples, Krakow and Bucharest. Paris is fifth on the list behind Athens. Exhaust fumes from road traffic are the primary cause.

"We have taken into consideration all pollutants and first of all particles such as nitrogen dioxide and others, " says founder and CEO of Airly Viktor Warchalowski. "And we can see that Central and Eastern Europe face different pollution problems than Western Europe. In France or in the United Kingdom, the problem is nitrogen dioxide levels and traffic."

For this study, Airly used data from its own sensors as well as from public monitoring stations. The researchers believe that action is urgently needed, for the health of residents but also for economic reasons.

There are differences between countries, between sources of pollution, but in the end air pollution is still one of the biggest killers of human beings," says founder and CEO of Airly Viktor Warchalowski.

A recent study by the European Environment Agency estimates that 307,000 people have died prematurely in 2019 due to fine particle pollution in the 27 EU member states.

Watch the interview above to learn more about air pollution in Europe.

Why is the EU suing Portugal?