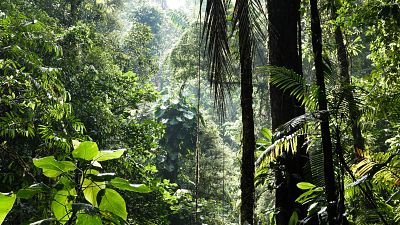 Biodiversity encompasses everything living on our planet which makes up the ecosystem.

But humans and the amount we consume from our resources are having a massive effect on this ecosystem. We are endangering the balance of life and putting biodiversity at risk, which is vital for sustaining all life on Earth.

According to a WWF International report in 2018, there's been a 60 per cent decline in global populations of mammals, fish, birds, reptiles, and amphibians since 1970.

Now one million plant and animal species are at risk of extinction.

The UN biodiversity summit in Kunming, China hopes to make a difference. There are two events. One in October and the second face-to-face from 25 April - 08 May 2022.

One million plant and animal species are at risk of extinction.

To mark the first event, Euronews and CGTN (China Global Television Network) together with leading experts and analysts, debated the latest efforts to protect nature worldwide.

What is a ‘megadiverse’ country?

China, as one of the 17 recognized “megadiverse” countries in the world, has elevated biodiversity conservation to a national strategy, while the European Union has also stepped up by placing a biodiversity strategy at the core of its flagship Green Deal.

Ma Jun, Director, The Institute of Public & Environmental Affairs explained some of the changes China has already made.

"There has been some, some concrete measures taken in China, such as the logging ban of natural forests, returning farmland to forests and grassland and establishing national parks and water pollution control. China has had to conduct that in a massive way. And then, of course, a 10-year fishing ban in the entire Yangtze River and Yangtze River basin."

Li Lin, Director of Global Policy and Advocacy, WWF International said the first summit will look at ways to create a framework ready for next year's conference.

"COP15 is one critical moment for China to play that host country role, to unite the different views in the world, trying to bridge the differences and its concerns so that we can really have the global diversity framework agreed next year in Kunming.

"That could be transformational and could be ambitious, and still deliver the conservation that we all need."

Can surfing help to protect the biodiversity of our coastlines?