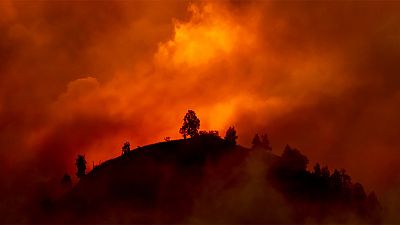 Wildfires seem to spark more often and last longer all over the world. If so, what does that mean for people and ecosystems?

This Christmas in Australia’s New South Wales has been hotter than usual. Wildfires which started creeping since September have grown into the region’s worst fire season since before 2003. Even by early December, the unprecedented “mega fire” had burnt over 2.1 million hectares and killed six people. Usually, Australia’s fire season peaks mid-January.

In the past year, various parts of the world took turns burning too long, too early. Though wildfires are embedded in the natural cycles of some ecosystems, their increased frequency and scale encroach on public and environmental health, with alarming effects in a more fire-prone world.

2019, a burning planet with record wildfires

Over 1,600 wildfires – more than three times the decade’s average – have scorched the EU this year until mid-August, with France and Spain under higher than usual fires. In June, the Copernicus Atmospheric Monitoring System (CAMS), which tracks wildfire emissions worldwide, reported intense blazes in Siberia and the Arctic, overwhelming areas the size of 100,000 football fields. “Yakutia in particular had not experienced such widespread fires in the last 17 years,” says Dr. Mark Parrington, senior scientist at CAMS. While they fell within the normal fire season, they lasted longer and reached further than ever before. In Amazonia, 70,000 blazes overtook several Brazilian states. In Indonesia, September wildfire activity was comparable to the 2015 episode, when the blazes emitted 884 million tonnes of carbon.

In western USA, both the number of fires and the amount of land burnt have increased consistently since the 1950s, according to NASA, while megafires – fires burning over 40,000 hectares – appear on record only starting from the 1970s.

To make a wildfire, you need a combination of dry weather, something to burn (fuel) and something to spark the flames. Weather is the largest, most variable driver behind wildfires, researchers found, as temperatures, humidity, rainfall, and wind speeds affect how quickly and strongly fires spread. The worst fires occur under hot, dry and windy weather.

Australia’s early 2019 blazes overlapped with its hottest January on record, and one of its driest compared to 1981-2010. Experts analysing 35 years of weather data from ECMWF and NOAA observed that fire seasons have lengthened across one quarter of global vegetated land, with parts of South America and East Africa enduring fire seasons more than a month longer than almost four decades ago. Experts from the European Union’s Emergency Forest Fire Information System (EFFIS) have also warned about the rise of a “new wildfire context”, in which the blazes shift unpredictably, burn more intensely, grow fast and spread burning material over large distances, scorching massive areas across regions and countries. And although fires are part of nature’s cycle, ecosystems and communities might not be adapted to these changes. For example, fires in north-eastern New South Wales burnt in rainforests, which had not experienced that before, according to Dr. Parrington.

A forecasting challenge to save lives

Tracking when and where fire danger appears can save lives, and contain environmental and economic costs. While CAMS provides data on the actual global number of fires, the Fire Weather Index (FWI) based on weather variables helps to provide forecasts. EFFIS of the Copernicus Emergency Management Service (CEMS) uses the index to make short term fire danger forecasts, whilst Copernicus Climate Change Service (C3S) uses the FWI to make fire danger projections on the seasonal and longer-term time-scales; this rates fire intensity, which refers to its spreading speed and how much fuel it consumes.

“There is a high degree of inter-annual variability in fire activity around the world,” says Dr. Parrington. “It's challenging to say how wildfire regimes are shifting; changes we are making to the Global Fire Assimilation System (GFAS) which assimilates fire radiative power observations from satellite-based sensors to produce daily estimates of biomass burning emissions will better reflect changing wildfire conditions by, for example, improving land cover maps and emission factors used to estimate them.”

Exposure to smoke, and especially short-term exposure to particulate matter, creates a wide range of respiratory and heart problems that can linger long after fires die off; hundreds of thousands of deaths annually have been associated with smoke, according to the Centre for Disease Control (CDC). Throughout this year, fire-born suspended particles (PM 2.5) spiked air pollution in Spain, France, the Himalayas and many more regions, according to CAMS aerosol data. In Australia, several regions declared a state of emergency as particulate matter surpassed dangerous levels, with air quality in parts of Sydney even 12 times above health hazardous levels. Wildfire PM2.5 pollution causes between 10,000-30,000 premature deaths annually in the US, according to a recent study; researchers predict that the number is likely to double by the end of the century, compared to early 2000s.

Providing data on estimated wildfire emissions is thus increasingly important for public health in a future with increased fire occurrence. CAMS produces daily five-day forecasts for routes of smoke aerosols and pollutants from wildfires. “Through CAMS analyses and forecasts of global atmospheric composition, we can monitor and evaluate potential impacts of smoke pollution around the world”, says Dr. Parrington. “While long-range transport of smoke may not affect surface air quality, it is useful to track, as in some cases it can reach the surface.”

An unprecedented level of CO2 releases in the atmosphere

And then there’s the CO2. In the first 11 months of 2019, wildfires released about 6,735 Mt CO2 globally, according to CAMS monitoring. Peaks included the June-July 140 Mt of CO2 from Arctic fires, or about as much as the carbon output of 36 million cars, or the 708 Mt from Indonesian fires between August and November. Discussions on how wildfires contribute to climate change continue, as some of the carbon is reabsorbed by trees and plants once they regenerate; scientists still place it far behind the carbon output of fossil fuels. But the speed at which vegetation recovers varies widely. In some parts, damage can be lasting. Burning peatlands unlocks large amounts of carbon stored in their thick soils, continues to smoulder for weeks or months, and can take centuries to fully recover. In 2019, 43 percent of fires in Indonesia, which CAMS monitored for their far ranging plumes across South-East Asia, were on peatlands.

Peatlands under permafrost, which contain about 14 percent of the world’s soil carbon storage, are also threatened by more intense fires in the world’s far north, as the blazes are melting the frozen soil above that protects them. The mere melting of permafrost might release large amounts of methane, a gas 30 times as warming as CO2. At the same time, wildfire soot and ash settling on ice and snow amplify the ground’s warming, as it darkens it to absorb more solar radiation.

A new fire danger dataset from ECMWF and the Copernicus Emergency Management Service can now help explore if the changes seen in wildfire behaviour are unusual or have been the norm of the past. The world’s first open access long-term record for weather and climate going back to 1980 will help analyse current fire danger in relation to the conditions that favoured wildfires in the past, assess how big climate variability is, and see pattern changes in fire-prone areas globally.

“Information and forecasts of fire danger are essential to monitoring global wildfires as they provide the context for the environmental conditions where fires are observed”, says Dr. Parrington. “This dataset is vital as it provides the long-term context of how fire danger is changing worldwide, helps identify places where fire is becoming more common and aid civil protection agencies, and the general public in being aware of fire conditions.”

Measures against wildfires have been gaining momentum. In California, utilities companies have been adjusting to fire danger by shutting off power, fire districts have stepped up their planning and outreach, while the state’s carbon cap-and-trade program contributes funds forest health and fire prevention. In Spain, special units are preventing megafires by burning overgrowth in forests, while Australia has revised its national building code because of fire safety concerns.