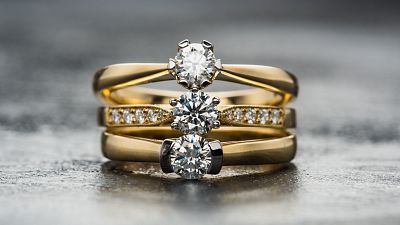 The environmental cost of buying a piece of gold jewellery increased last year, according to a new report released by the World Gold Council this week.

Each tonne of gold produced last year was responsible for 32,689 tonnes of carbon dioxide released into the atmosphere, it found. That compares to 29,128 tonnes of CO2 emissions per tonne of gold in 2017.

That figure factors in greenhouse gas emissions from the organisations producing gold, such as vehicles, furnaces, chemical processes used to extract gold as well as emissions at power plants generating electricity used by the companies producing end product. It doesn’t include emissions from transport of the finished product or those emitted from the use of products sold.

However, the gold industry is not immune to market pressures, which are seeing buyers become increasingly environmentally and socially conscious, said Dr Ben Caldecott, director of the Oxford Sustainable Finance Programme and associate professor at the University of Oxford.

“From the very largest institutional investors to the smallest millennial retail savers, increasingly want their holdings across different asset classes to have smaller environmental footprints,” he said.

“The primary focus has been on climate change, but this growing societal demand extends to other environmental challenges including habitat destruction, biodiversity loss, air quality and water stress, among others.”

These objectives have prompted the World Gold Council to urge its members to consider going carbon neutral sooner rather than later.

But how can gold reduce its emissions?

With golf mining the most carbon-heavy part of the supply chain, the WGC says it could be easy to decarbonise simply by switching to readily available technologies, like drones to monitor sites, energy efficient lighting and using advanced management strategies to plan for energy consumption and reduce reliance on backup diesel generators.

It also suggests looking into investing in renewable electricity sources like solar, wind and hydro power to drive down emissions, either from the grid or erecting their own generation sites nearby to plants. Longer term changes the industry would need to achieve net zero emissions would include replacing gas-guzzling diesel vehicles with electric models to use in production and to transport the finished gold products.

Meanwhile, the final 5% of carbon emissions created in gold production come from chemical reactions used in the manufacture of commercial gold. There is no easy way to cut out these processes, so the WGC recommends its members consider taking part in offsetting projects like planting trees in order to keep within emissions targets.