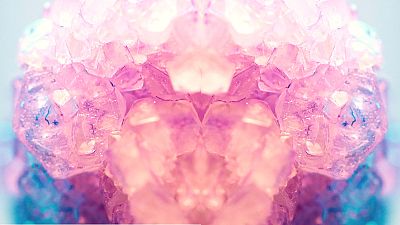 Crystals have always exerted a strange fascination on mankind. From amethysts to agates or quartz, humans have acquired crystal stones and used them in a variety of ways for centuries. Throughout history, gemstones and crystals were worn as ornaments, used as protective amulets or displayed as part of rituals.

In the 1980s, there was a growth in popularity of crystals. This decade started the golden age of “crystal therapy”. This alternative therapeutic approach is often defined as a holistic and non-invasive healing method based on the use of crystals to release stress and induce deep relaxation, as well as to promote energy balance within the body of a patient. It usually involves a crystal healer placing specific stones at precise points on and around the body.

“Crystal therapy comes from different traditions all over the world so there are different ways of doing it, but it’s about using crystals to rebalance the energy in the body. At the end of the day, the goal is to address improve quality of life,” says UK-based crystal healer Philip Permutt.

Judging from the wide offer in spas and other wellness facilities around the world, it seems like crystal therapy is still attractive. One of Permutt’s patient, Kerri Gavin, tells her story of having suffered with acid reflux for a couple of years, an experience marked by intense pain and stress. Although she did get medicines that helped her for a while, she says that it was her encounter with crystal therapy that allowed her to get rid of the problem once and for all. She believes the health issues she was facing were probably not merely physical, but linked to emotional struggles she was carrying around - and she credits crystal healing with having brought her to this realisation.

For those who are convinced of the healing and rebalancing properties of crystals, it is a therapy that can do something positive for everyone, and help with a lot different conditions. However, they also recognise that the biological mechanisms involved and the explanations of why and how crystals may work are not well understood.

“There is no proven link between crystals and the body, and it’s still unclear how they have an effect on the body. In my experience, every person that goes through a complete course of crystal therapy does get benefits and crystal therapy can be used to relieve any kind of physical, mental or emotional condition,” says Permutt.

Although there is no doubt that some people report feeling better when they use crystals, rigorous scientific research to learn more about the phenomenon is lacking. Few studies have been conducted to compare crystal therapy to other therapies, and to unveil the way it works so the scientific community remains skeptical.

The power of suggestion: the Placebo effect of crystal therapy

One of the more comprehensive study into the effects of crystal therapy is already nearly twenty years old. It was presented by psychologist Christopher French and his team in 2001 at the British Psychological Society Centenary Annual Conference in Glasgow, and involved 80 volunteers. These participants were divided into two groups and given information about the sensations they could expect while holding crystals, such as increased energy and concentration. One group was given genuine crystals and the other fake plastic ones, to test the effect of the real thing. The team found out that both groups were as likely to report feeling the sensations that had been previously described to them. For the scientists, the conclusion was clear. It wasn’t the crystals that helped people, but the power of suggestion.

It’s hard to generalize based on those results alone, as they haven't been replicated in larger studies and a lot more research may be needed to get to the bottom of this. However, this work led to a shift in the discussion around crystal therapy. It’s likely, some researchers say, that crystals do not directly act on our physical and psychological woes. But they might have indirect benefits which could be explained using the concept known as ‘placebo effect’.

To test whether a treatment works, researchers usually compare its efficacy with that of a ‘fake’ pill - a placebo. Sometimes in the course of the study, taking a placebo alone is associated with positive effects on some people’s health. But these effects are often left out of scientists’ analyses. “Discarding all placebo effects in a single trash basket of “untruthfulness,” however, diminishes our knowledge of important dimensions of health care. There is a possibility that some types of unconventional medicine may produce placebo outcomes that are dramatic and, from the patient’s perspective, especially compelling,” says Ted Kaptchuk, professor of medicine at Harvard Medical School and author of a study on the placebo effect in alternative medicine.

Crystal therapy may produce a placebo effect that is beneficial to some people. Crystals may not directly influence the course of a health condition, but they may improve the way they feel and their quality of life.

That’s particularly the case considering that crystal healers and other alternative medicine practitioners often show a great degree of empathy and emphasise the importance of discussion with the patient, which can create an ideal therapeutic environment. “For many non–life threatening illnesses, clear diagnosis, assurance of recovery, opportunity for dialogue, and physician–patient agreement about the nature of the problem can hasten recovery or relief. In unconventional medicine, patient experience is never devalued or brushed aside as unreliable,”Kaptchuk points out.

Crystal therapy is a not a miracle therapy that can heal everyone. It’s important to stress that it does not cure diseases, nor should it replace traditional healthcare. But for some people, crystal therapy cannot be dismissed entirely due to how important the placebo effect and the power of suggestion can be.