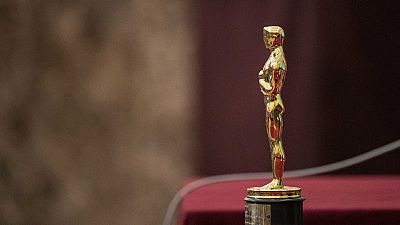 No Russian film will be nominated for the Oscars this year, the Russian Film Academy announced this week, amid historic tensions between the United States and Russia over Moscow's war on Ukraine.

In a statement, the Academy said it would not send any Russian films to enter the contest for Best International Film at the 2023 Oscars, held in the US.

This follows decisions by several other international festivals, such as the Cannes Film Festival, to bar Russian delegations or anyone connected with the Russian government - though independent Russian filmmakers have been allowed to compete.

Pavel Tchoukhraï, head of the committee responsible for sending Russian films to the US competition, denounced what he called a decision taken "behind his back" and announced his resignation in response.

Proposing to create a "Eurasian" alternative, director Nikita Mikhalkov, a giant of Russian cinema and Putin supporter, said it was unnecessary for Russia to participate in the Oscars.

"It seems to me that choosing a film that will represent Russia in a country, which in reality currently denies the existence of Russia, simply does not make sense," he told Russian state news agency TASS.

And he is not the only one to have been awarded a much-coveted Oscar statuette.

Russian performers and directors have scooped a total of 39 Academy Awards and have been nominated for 177 more since the inauguration of the event in 1929.

Let's take a look at those who have won the Best International Feature Film.

As the name suggests, War and Peace is an adaptation of Leo Tolstoy's 1869 novel.

Much like the classic of world literature, the film traces the lives of a handful of Russian aristocratic families amid Napoleon's brutal invasion of their country.

The film received considerable support from the Soviet Union, which provided ten thousand soldiers and hundreds of horses as extras, despite its often rough suppression of the arts.

With that many animals and men, little wonder War and Peace was the most expensive film ever made in the Soviet Union, costing between $60 - 70 million at 2019 prices (approx. €.72.6 million).

If you do decide to watch it, brace yourselves: the four-part film comes in at a whopping 431 minutes from start to finish.

Co-written by Russian Yuri Nagibin and shot almost entirely outdoors in Russia's Far East, it is based on the 1923 memoir of Vladimir Arsenyev, an early 20th-century Russian explorer.

The film looks at the life of a forest dweller as his ancient way of his life is slowly destroyed by the inevitiable march of civilization. It also focuses on the growth of respect and deep friendship between two men from profoundly different backgrounds, along with the difficulty of coping with ageing and the loss of vitality it brings.

Dersu Uzala proved a hit with cinema-goers in Europe and the Soviet Union, selling more than 21 million tickets.

Released in 1980, Moscow Does Not Believe in Tears is a Soviet romantic drama directed by Vladimir Menshov under Mosfilm, the largest and oldest film studio in Russia, which is still in operation.

The film, which jumps across two decades, traces the lives of three young women from Moscow.

Without giving too much away, it involves flirty go-getters, well-to-do husbands (or not, as the case may be), denied abortions, divorces, famous hockey players, vodka binges and "men's talk". Make of that what you will.

Even today, it is considered a classic in Russia. In 2021, a poll by the Russian Public Opinion Research Center found Moscow Does Not Believe in Tears was the favourite Soviet movie among Russian viewers.

We're back to Nikita Mikhalkov, the Russian director and Putin supporter who slammed the Oscars as nonsensical on Tuesday 27 September.

The 90s film - which also won the Grand Prix at the 1994 Cannes Film Festival - depicts the story of a Red Army officer and his family during the Great Purge of the late 1930s in the Stalinist Soviet Union.

In this real-life event, up to 1.2 million people were killed by Soviet Leader Joseph Stalin as he tried to consolidate his power over and remove all influence of political rivals within the Communist Party.

Taking place within the course of one day in 1936, the film starts with one character contemplating suicide and ends with someone (we won't say who) being deported to a labour camp. To say it's not a gentle watch is putting it mildly.

Should A-listers use their Oscars speeches to rail against Russia?