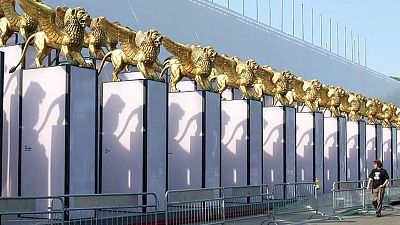 The 79th Venice International Film Festival has presented the movies that will compete for this year’s Golden Lion.

Following Cannes’ impressive 2022 line-up was always going to be a tough task, but the Venice Film Festival has pulled out all the stops and unveiled a programme that fuses red-carpet glitz with politically-charged fare.

The diverse line-up already positions Venice as a highlight of the fall festival circuit, and reaffirms the Lido’s long-time reputation as the unmissable awards-launchpad for productions already eyeing up next year’s Oscar season.

New films from Luca Guadagnino, Darren Aranofsky, Joanna Hogg, Olivia Wilde and Alejandro González Iñárritu will all premiere at this year’s festival, and the stars getting on a vaporetto to the Lido include Hugh Jackman, Adam Driver, Timothée Chalamet, Ana de Armas, Laura Dern, Florence Pugh and Harry Styles.

Possibly disappointed that their 2018 Golden Lion winner “Roma” missed out on the Best Picture Oscar and that last year’s “Power of the Dog” didn’t nab the top awards as many were predicting (despite winning Best Director for Jane Campion both on the Lido and at the Oscars), Netflix are gunning for more prizes and this year could very well be theirs for the taking.

Their strong presence this year kicks off with Noah Baumbach’s “White Noise”, starring Adam Driver and Greta Gerwig, which opens the festivities on August 31.

Adapted from the 1985 Don DeLillo novel about a professor and his wife faced with a life-threatening airborne toxic event, “White Noise” not only marks Baumach’s return to Venice three years after “Marriage Story” but also the first time a Netflix film has nabbed Venice’s opening slot.

It is one of four Netflix films in the 23-title competition section, with the streaming behemoth also premiering Romain (son of Costa) Gavras’ “Athena”, Alejandro González Iñárritu’s “Bardo, False Chronicle of a Handful of Truths” – the director’s first film since 2015’s Oscar-winning “The Revenant” and his first Mexican film since his 2000 debut “Amores Perros” – and the eagerly anticipated “Blonde”, Andrew Dominik’s fictionalised chronicle of the life of Marilyn Monroe.

Based on the novel by Joyce Carol Oates and starring Ana de Armas, “Blonde” is one to watch, not only because of the talent behind and in front of the camera, but because it holds an NC-17 rating (the European equivalent of an 18-rating). This could signal that this could be that rarest of things for a biopic of a beloved icon: a film that not only takes some risks but foregoes an overly reverent and sanitized approach to actually say something that goes beyond ‘Wasn’t she iconic?’.

Some of the most hotly anticipated films this year come courtesy of Venice veterans.

Familiar faces include 2017 Golden Lion winner Martin McDonagh (“Three Billboards Outside Ebbing, Missouri”) who re-teams with “In Bruges” star Colin Farrell for “The Banshees of Inisherin”, and Luca Guadagnino, returning to the competition with “Bones And All”, the story of a young woman (Taylor Russell) living on the margins of society who falls in love with a drifter (Timothée Chalamet). Sounds delightful until you realise that the story is adapted from the novel by Camille DeAngelis about teenage cannibals, imbuing that title with a far, far creepier resonance.

And then there’s Darren Aronofsky’s “The Whale”, his first film in Venice since 2017’s overwrought headscratcher “Mother!”.

“The Whale” sees Brendan Fraser star as a reclusive English teacher suffering from severe obesity who tries to reconnect with his estranged teenage daughter.

The barebones plot is reminiscent of Aronofsky’s 2008 film “The Wrestler”, which also premiered in Venice and won him the Golden Lion that year. Don’t bet against him reiterating that exploit, especially with initial whispers suggesting that Brendan Fraser could be on his way for awards glory with this role. Fraser, like Mickey Rourke before him, has been shunned by Hollywood this last decade-or-so, and the role represents a comeback for the once-A-lister.

Poitras is one of the five female directors in competition this year, with Alice Diop’s “Saint Omer”, Susanna Nicchiarelli’s “Chiara”, Rebecca Zlotowski’s “Other People’s Children”, and Hogg’s aforementioned “The Eternal Daughter”.

Five out of 23 – a similar number to last year – still feels like Venice is slow as molasses when it comes to gender representation within its main section, and this sad statistic stands as the most glaring disappointment of this year’s line-up.

Elsewhere however, one world premiere directed by a woman will doubtlessly provoke stampedes at the red carpet and stands as one of the most hotly anticipated 2022 releases: Olivia Wilde’s sophomore film in the director’s chair, “Don’t Worry, Darling”.

Screening out of competition and starring Florence Pugh, Harry Styles and Chris Pine, this 50s-set psychological thriller may not be a “Dune”-sized tentole like last year, but it has been on everyone’s minds since the trailer dropped at CinemaCon in April.

While the star wattage feels like the initial pull, Venice's Artistic Director Alberto Barbera reinforced in the programme press conference that there’s a lot more to it than red carpet selfies and frenzies over what Chalamet’s hair is currently up to.

Barbera stated that festivals are “windows open to the world” and that “the window of Venezia 79 certainly cannot ignore what happens before our eyes”.

While well-meaning statements make decent but usually hollow soundbites, the official line-up this year does seem to support that Venice will be giving a necessary platform for urgent, vital and eye-opening fare.

The most notable inclusion in this regard is the competition slot given to “No Bears”, the new film shot in secret by Iranian director Jafar Panahi, who was last week sentenced to six years in prison.

Barbera expressed the festival’s support for Iranian filmmakers persecuted in their country and his dismay at the incarceration “for no reason” of Panahi, Mohammad Rasoulof and Mostafa Al-Ahmad, directors who are “only guilty of using their right to freedom of expression”.

Joining Panahi’s film in competition is “Beyond The Wall” by his fellow countryman Vahid Jalilvand, two of the four films representing Iran this year - “World War III” by Houman Seyedi and “Bi Roya” by Arian Vazirdaftari will screen in the Orizzonti sidebar.

Also highlighting the festival’s political credentials and Barbera’s mention of the “European democracies threatened by Putin’s imperialism” are two Ukrainian documentaries that premiere out of competition: “The Kiev Trial” from Sergei Loznitsa and “Freedom on Fire: Ukraine’s Fight for Freedom” from Evgeny Afineevsky. The latter has been described as an “instant movie” that has been shot since the start of the war in February.

The full official competition line-up can be found below:

“Bones and All,” Luca Guadagnino

“Beyond the Wall,” Vahid Jalilvand

“The Banshees of Inisherin,” Martin McDonagh

“All the Beauty and the Bloodshed,” Laura Poitras