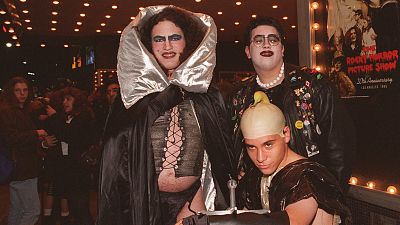 In the Gentleminion’s code, there’s little written about audience decorum.

As you may have already heard, teenagers are being refused entry to cinemas showing Minions: The Rise of Gru if they’re in formal wear.

The trend, which like all good 2022 trends, started on TikTok, has had teenagers dress up to the nines for the latest entry in the Despicable Me franchise.

Coming out in force to showings as the ‘Gentleminions’, cinemas have panicked. With rowdy teens interrupting showings to cheers, shout and genuflect before the image of Gru, parents of younger children have complained.

Why Minions is crushing the box office. pic.twitter.com/IsFSW7Tkrf

It’s resulted in some cinemas refusing entry to any teens showing up in suits.

Although the makers of the film, Universal Studios, has found the funny side, tweeting “to everyone showing up to @Minions in suits: we see you and we love you.”

to everyone showing up to @Minions in suits: we see you and we love you. ?

Even the official Minions Twitter has parodied the Gentleminions trend with a short cartoon.

Turned away from a Minions screening because your clothes were too fly? Worry not, Minions is just the latest chapter in films that have garnered cult followings.

From dressing up as the characters, to quoting the films verbatim, these are some films that came out years ago but still get frequent showings in cinemas to scratch film lovers’ interactive itches.

No conversation about interactive audiences is complete without mentioning the legendary film that is ‘The Rocky Horror Picture Show’.

Opening in cinemas in 1975, the musical horror comedy was critically panned on release. Adapted from a successful musical, the schlocky horror and camp humour didn’t land with widespread audiences across the US at first.

But when the film was re-released as a midnight movie, the film started to garner its cult-like status.

It began with people starting to shout the lines along with the script. After that, things only got weirder.

In Los Angeles, fans started singing along to the musical numbers. While in New York, fans started creating call-back lines, where the audience would respond to lines in the film with funny answers.

Alongside the call-backs, performers started to dress up and mime along to the film in front of the screen at showings in the Big Apple.

Today, many of the traditions started in those two theatres have made their way around the globe. Attend one of the regular showings in almost any arthouse cinema and you’ll see people dressed up as characters, hear those same New York call-backs, and might even get hit in the crossfire of rice, hot dogs and water during performances.

The best-worst or worst-best film of all time? Whichever way you want to describe it, few films have made as big of a statement for being downright terrible as 2003’s ‘The Room’.

Directed, written, produced by and starring the elusive Tommy Wiseau, the film’s fascination is entirely fixated on the peculiarity of its leading man.

Wiseau seemingly came out of nowhere to self-finance his film. To this day, people are unsure where he got the money together to make the film.

And what a film he made. With disconnected plot points, stilted dialogue, and just peculiar acting choices, The Room has it all when it comes to ironic so-bad-it’s-good cinema.

The Room has gone on to gain cult status through hitting midnight screenings and is a monthly feature at the famous Prince Charles Cinema in London, where fans come along dressed up and chuck spoons at the screen.

There was even a film made about the filming of The Room. ‘The Disaster Artist’, by Seth Rogen and James Franco was based on actor Greg Sestero’s experiences on set and got nominated for Best Adapted Screenplay at the 2017 Oscars.

Few films achieve such a level of cult status that they inspire a semi-serious religion.

The 1998 film ‘The Big Lebowski’ by cinema auteurs The Coen Brothers followed Jeffrey "The Dude" Lebowski, played by Jeff Bridges as he goes on a Homeric odyssey to replace a peed-on rug.

As with most cult films, it first got a mixed reception, but quickly gained fans through the midnight circuit.

The Big Lebowski fans have particularly fallen for the relaxed stoic nature of the film’s main character. ‘Dudeism’ is the life philosophy that has been inspired by his nature.

Borrowing from Buddhist teachings, Dudeism has been written about in multiple books and ‘The Church of the Latter-Day Dude’ has supposedly ordained over 600,000 Dudeist priests.

At screenings, people dress up in The Dude’s signature dressing gown and sunglasses and drink his tipple, a White Russian.

If that’s not enough, there’s also ‘Lebowski Fest’, an annual get-together in Louisville, Kentucky where fans dress as characters from the film.

This fashion brand called Gatsby's is dressing generations of men