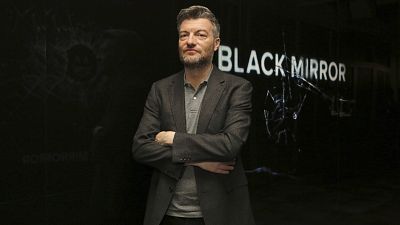 Black Mirror is coming back to Netflix with a sixth season, according to Variety, an announcement which has not been officially confirmed (or denied!) by the streaming platform.

The last season of the dystopian, terrifying and thrilling TV show was released three years ago, and compared to previous seasons it left many fans disappointed - in spite of, or maybe because of, the special appearance of singer Miley Cyrus in one episode. But that doesn’t mean the hype isn’t high for the possibility of new Black Mirror episodes.

What do we know about the new season?

Variety, who got an exclusive on the news from an unnamed source, reported that a new series is in the works but did not specify a possible release date.

Mentioning a source "close to the production", the magazine says casting is underway for Season 6, which will have more episodes than Season 5, which only had three episodes in total.

The new season is reported to be "more cinematic", treating each episode as an individual film.

Why has the wait been so long?

Black Mirror is an incredibly successful show and one that’s quite unique in its genre. The series has officially entered the category of those iconic shows which get referenced in everyday chats, usually when some extreme, worrying or strange technology is released in real life, such as Boston Dynamics’ robot dog or China’s social credit system.

Yet, for three years fans wondered whether the show had been cancelled. But the reason for Black Mirror's hiatus, had to do with money and copyright, as is often the case.

In 2020, Black Mirror creators Charlie Brooker and Annabelle Jones left the production company which originally produced the series, House of Tomorrow, leaving the series’ rights to its parent company Endemol Shine Group, which was later acquired by the Banijay group.

Brooker and Jones then created another production company called Broke & Bones which Netflix immediately invested in. However, the rights to produce more Black Mirror stayed out of the hands of Brooker and Jones, with the fate of the series left in limbo for two years. The creative duo eventually negotiated a deal with the Banijay group to license the show to Netflix again, allowing for the prospect of a Season 6.

Back in 2020, Brooker raised the point that people might not need the darkness of Black Mirror in the middle of the pandemic but it hardly seems a better time now.

Do we need stories about society 'falling apart' while the war rages on in Ukraine and a cost of living crisis looms?