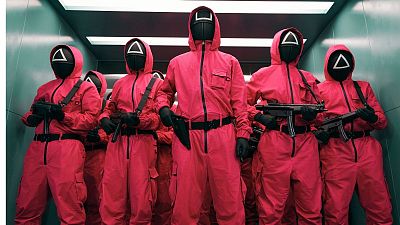 The results are in and ‘cheugy’ and ‘yassify’ are officially the most mispronounced words of 2021, proving that traditional media is still struggling with fast-paced internet culture.

The U.S. Captioning Company, who caption and subtitle real-time events for TV, compiled the list which identifies which words were most challenging for newsreaders and people on television to pronounce this year.

Cheugy (CHOO-gee), is a term popularised by Gen Z and used to mock an outdated and unfashionable aesthetic typically associated with millennials. Meanwhile, 'yassify' (YEAH-sih-fai) is a trend in which multiple beauty filters are applied to well-known pictures or portraits for comic effect.

The continuing influence of entertainment and sport on language is proven as singer "Billie Eilish" (EYE-LISH) and tennis player ‘Stefanos Tsitsipas’ (STEH-fuh-nohs TSEE-tsee-pas) both placing highly.

Eilish is a Gen Z phenomenon whose album "Happier than Ever" was released this year, Tsitsipas is the world's No. 4 tennis player, who rose to international prominence when he lost to Novak Djokovic in the final of the French Open.

The caption company said it surveyed its members to generate the list, which is now in its sixth year and was commissioned by Babbel, a language-learning platform with headquarters in Berlin and New York.

"Newscasters in the U.S. have struggled with 2021's new words and names while reporting on key sporting events, viral internet trends and emerging celebrities," said Esteban Touma, a standup comedian and teacher for Babbel Live.

"As a language teacher, it's always interesting to see that some of these terms are usually new colloquialisms, or are rooted or borrowed from another language," he adds.

"As a non-native speaker, I must confess it's fun to see English speakers stumbling a bit for a change."

The continuing rise of bitcoin in 2021 was reflected on the list with cryptocurrencies 'ethereum' (ih-THEE-ree-um) and Elon Musk-endorsed ‘dogecoin’ (DOHJ-coin) both appearing.

In more serious news the pandemic and climate change have bred language that newsreaders are stumbling over.

‘Omicron’(OH-mee-kraan), the new variant of COVID-19 first identified in South Africa, has had everyone reaching for the ancient Greek textbook. While Glasgow (GLAHZ-go), host of climate conference COP26, has had many non-UK residents tripping over their words.

Rare cassette of Prince album, scrapped for being 'evil', up for sale