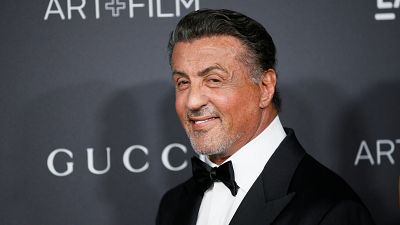 After nine days of screenings, discussions panels and masterclasses, the second edition of the El Gouna Film Festival came to an end.

Feature film ‘A Land Imagined’, documentary ‘Aquarela’ and short film ‘Our Song To War’ all took home the Golden Star award in their respective categories (see full list of winners below).

Polish-Spanish co-production ‘Another Day of Life’ and Egyptian film ‘Yomeddine’ both took home the people’s choice prize of the festival, the Cinema for Humanity Audience Award.

Yomeddine director Abu Bakr Shawky and producer Dina Emam, who were also awarded best Arab narrative feature, tell the story of two outcasts that discover the harsh realities of life after leaving a leper colony. Their work was also the first film made by Egyptians to enter the renowned Cannes Film Festival in France.

“Getting two awards, it’s a huge honor for us […]. We tried to have a humanitarian message in our film where we could talk about how to judge people based on their character and not on what they look like, and we hope that it resonates with people,” Shawky told Euronews.

Syrian director Talal Derki took the Silver Star for his documentary film Of Fathers and Sons which addressed delicate issues in the region.

“I was worried about the Arab audience would react because it goes through very sensitive topic which like about the father’s authority, women’s absence, about jihad, about religion this all big questions,” he said.

This year’s festival attracted many members of the film industry who travelled across the Atlantic all the way from Hollywood. Patrick Dempsey, Owen Wilson and Sylvester Stallone were amongst the international celebrities at the second edition of El Gouna.

The Rambo star received the Career Achievement Award and told Euronews what’s lined-up for him in the near future.

“I’m going to be doing Rambo 5 which is the last ride. I’m going to Bulgaria right now but after that I’ve started a production company where I’m going to be looking for young filmmakers, and be more of a mentor behind the scenes,” he revealed.

The El Gouna Film Festival also focused on inspiring new artists to create impact through film. The CineGouna Platform, a hub dedicated to supporting emerging filmmakers in the region, presented 12 awards (amounting to a total of US $150,000) to promising talents.