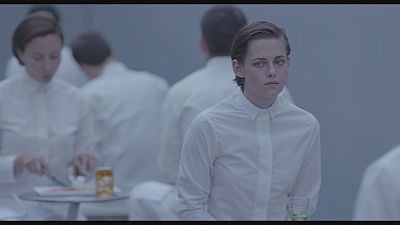 Futuristic love story “Equals” is set in a world where humans are genetically modified not to feel emotions – and those who do feel them are persecuted and killed.

We love to take pills, we love to put devices between us in order to hide vulnerability and that can be seen as a weakness

The film centres on illustrator Silas (Nicholas Hoult), who goes about his everyday activities until a suicide occurs and he notices his colleague Nia (Kristen Stewart) shows a muted emotion at the act.

After that, he becomes fascinated by her and her different view on the world, but soon finds he too is showing emotions.

Stewart was asked whether the movie is a commentary on today’s society.

“We love to take pills, we love to put devices between us in order to hide vulnerability and that can be seen as a weakness,” said Stewart.

“And it’s totally understandable but at the same time people that feel a whole lot are kind of special and the right to be human is something to be fought for as cheesy as that may sound.”

Acting in a love story with minimum emotion was a big challenge for Hoult and Stewart.

English actor Hoult explained how they prepared for filming.

“Well we spent a few days in a hotel room doing these exercises and trust and acting exercises that make you feel,” he said.

“I mean, it’s really weird, you don’t often stare into people’s eyes that long and when you do for a long old time like an hour you really quickly start to pick up micro-expressions or whatever they give off and feelings perhaps and you just link up in a way.”

Australians Jacki Weaver and Guy Pearce also star in “Equals,“directed by Drake Doremus, who’s best known for film such as “Like Crazy.”

“Equals” is out in cinemas in America.