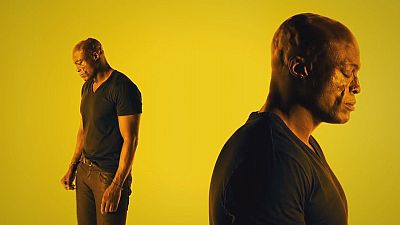 Seal is releasing his first album in five years, the first since his divorce from Heidi Klum.

“You know some people, when something is weighing on them, if they have an issue or something that’s internal, they go and see a therapist or a psychiatrist or a shrink of some sort. I write songs and that right there is a very cathartic experience. But there are caveats. So long as you are telling the truth, it only works, it’s only cathartic if you are brutally honest with yourself first and foremost,” says the artist.

The result of this writing therapy are soulful ballads like ‘Every time I’m with you’ or powerful heartache songs like ‘The Big Love Has Died’.

“I felt that it was important that I capture that dynamic on the record, so, of course, it’s a reality, that’s how we feel sometimes, you know, when we’ve been in something that hasn’t quite worked out or there was so much love and now there’s a vacuum where that love was. It has kind of left behind an empty space. You feel quite damning,” he explains.