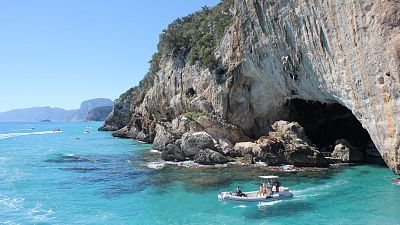 If you’ve ever fantasised about moving to a sunny island, now’s your chance: Sardinia is offering people a mammoth €15,000 to relocate.

To combat this exodus, the government has set aside €45 million for the relocation grant, enough to cover 3,000 grants.

So if you’re already packing your suitcase, here’s everything you need to know.

What are the rules of the scheme?

The grant money sounds too good to be true - and there are a few caveats.

To be eligible for the grant, you will have to move to a Sardinian municipality with a population of less than 3,000 people.

The money must also be used to buy or renovate a home. The grant cannot exceed half of the total cost of the house or renovation - and the government will not always hand over the entire €15,000 sum.

Finally, recipients must live on the new property full time, and must register for permanent residency in Sardinia within 18 months of arrival.

Why is Sardinia offering people money to move there?

The problem is particularly severe in the country’s rural areas - and places like Sardinia are feeling the burn.

Sardinian president Christian Solinas said that the scheme would encourage young people to stay in Sardinia or move to the island.

“Thanks to these contributions to [homebuyers'] first houses, [Sardinia] becomes fertile ground for those who will move there or decide to build a family,” he said.

“There can be no growth without a real enhancement of the territories, of the interior and most disadvantaged areas… We have created the conditions for young people to decide to stay and develop the economic fabric of the most fragile territories.”

If you do move to the island, you can expect to be there for a long while yet. With more than 500 people aged over 100, Sardinia has one of the highest concentrations of centenarians in the world - roughly 33 for every 100,000 inhabitants.