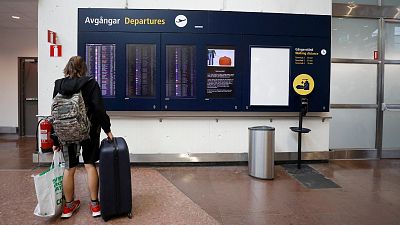 Travellers are braced for chaos this summer as airport and airline staff strike for better pay and working conditions.

As industrial action hits one of the busiest travel periods of the year, many of us are worried that our holiday could be impacted. Searches for the phrase “flight cancelled” have skyrocketed, increasing 100 per cent in June compared to May, according to data from Google trends.

One of the main associated search trends is strike action.

You might think that your travel insurance has you covered when it comes to these cancellations but think again. New research from British consumer group Which? has found that nearly half of all policies don’t protect against strikes.

Consumer experts are recommending that travellers check their insurance carefully to avoid getting caught out.

Four in 10 policies assessed by Which? offered no protection for travellers forced to cancel due to strike action.

Of the 199 policies they looked at in total, 120 offered protection for cancellations caused by industrial action, one offered it as an optional extra and 78 offered no coverage at all for staff walkouts.

“With many airlines warning of widespread disruption this summer and COVID cases on the rise, travellers should ensure they’ve taken out adequate insurance to cover any losses or unexpected costs they might face,” says Which? money editor Jenny Ross.

“We advise travellers to always check policies carefully to ensure they offer the cover that will be most appropriate to their trip, and to ensure they have cover in place from the time of booking.”

What can you do if your insurance doesn’t cover strikes?

According to Which? anyone who has had their holiday cancelled by a package tour operator is entitled to a refund by law. Airlines also have to refund passengers when they cancel a flight - including those caused by staff going on strike.

The consumer group also says that, wherever possible, travellers should purchase their holiday using a credit card. This is because most credit card providers are legally required to reimburse you for purchases over £100 (€116) if services are not provided as advertised and the company won’t refund you.

What if my holiday provider goes out of business?

With the impact of strikes pushing some travel companies to the brink of bankruptcy, the worry that your provider could go out of business is very real.

Which? says that if you are in the UK and booked with an ATOL (Air Travel Organiser’s Licence) protected firm then you will be reimbursed if they go bust. You’ll also be repatriated if the worst were to happen and they go out of business while you are abroad.