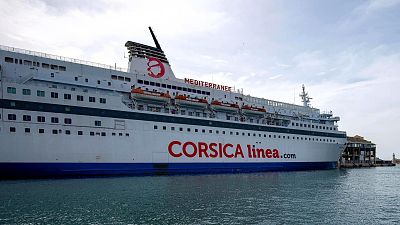 In the city of Marseille, a ferry has been transformed into a floating hotel to accommodate up to 1,600 Ukrainian refugees.

One of the largest in the Corsica Linea fleet, the 'Méditerranée' normally transports passengers between France, Algeria and Tunisia in the Balaeric Sea. The ship can reach speeds of up to 44 km/h, delivering over 2,450 travellers and 700 vehicles on every crossing.

But the vessel has now returned to port, where it will act as a home away from home for the millions of Ukrainians fleeing the Russian invasion.

"We have a moral requirement to welcome and show hospitality," says Christophe Mirmand, representative for the Provence-Alpes-Côte d'Azur region of France.

"This floating hotel will be put at their disposal, as well as social aids, healthcare, training, education for children, childcare and a crèche."

Since the beginning of the Russian invasion on 24 February, over 3.9 million citizens have been forced to flee Ukraine.

The French State is granting temporary EU stay permits to refugees, allowing them to access education and employment in the country.

We will offer psychological support and friendship.

"We are dealing with people who have just experienced a conflict," says Jean-Pierre Esterni, a volunteer doctor operating on the 'Méditerranée'.

"We will offer psychological support and friendship. Everything is organised onboard so that we can detect these issues and help wherever we can."

Watch the video above to find out more about the floating hotel.