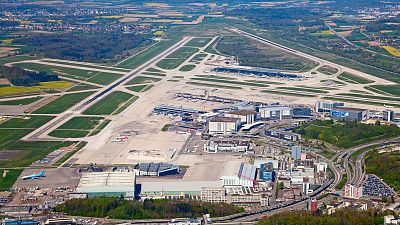 Zurich Airport has won the World Travel Award for the best airport in Europe, for the 18th year in a row.

Switzerland’s largest airport has remained undefeated since 2004 thanks to its customer satisfaction rates and high quality services.

This year, Zurich airport has been praised for implementing a wide range of health and safety protocols to keep both travellers and employees safe during the COVID pandemic. This included providing plexiglass panels at check-in counters and over 200 hygiene stations with masks and disinfectant.

The airport is only 11 minutes by train from the city centre, which makes it quick and easy to reach by rail or car. Infrastructure is modern, with over 80 shops to browse and a fast WiFi connection is available to use for free for up to two hours.

“In these difficult times, in particular, the award is a great honour for us. It is recognition for the excellent cooperation between all our airport partners and the huge commitment of everyone working at Zurich Airport,” says CEO of Flughafen Zürich AG, Stephan Widrig.

Zurich Airport is also one of the frontrunners in the field of climate protection as of 2021, according to Emanuel Fleuti, Head of Sustainability & Environment at the airport.

Having started as early as 1991 to assess energy consumption and climate emissions, to date Zurich Airport has reduced its carbon emissions by almost 50 per cent. This matches Switzerland’s national commitment for 2030 at the Paris Agreement.

Over the same time, traffic and infrastructure has increased by almost 60 per cent.

The World Travel Awards is a prestigious programme which rewards industry leaders in the tourism, airline, hotel and hospitality sectors. It is regarded as the leading authority in celebrating excellence across all sectors of global travel and tourism.

Which other countries won travel awards?

The 2021 World Travel Award winners are all selected by an international jury of tourism and hospitality experts.