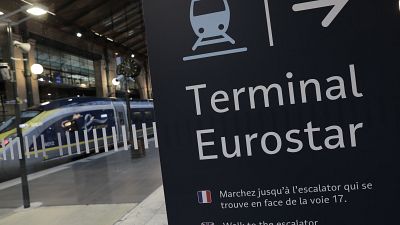 The fate of train service Eurostar doesn't seem quite so terminal after the company negotiated a new 290 million euro financing agreement that paves the way for the train service's recovery.

In a statement sent to Euronews, Eurostar announced that it has reached a refinancing agreement with its shareholders and banks.

Jacques Damas, Chief Executive of Eurostar, said: “Everyone at Eurostar is encouraged by this strong show of support from our shareholders and banks which will allow us to continue to provide this important service for passengers. The refinancing agreement is the key factor enabling us to increase our services as the situation with the pandemic starts to improve.”

The COVID-19 pandemic and travel restrictions have battered the finances of the cross-Channel train service, causing passenger numbers to collapse by 95 per cent since last March.

Eurostar had previously been calling for state bailouts after operating a stripped-down service.

"With this package of support, Eurostar will be able to continue to operate this vital link and meet its financial obligations in the short to mid-term," the company statement added.

The immediate focus will be on restoring demand for travel on the service's core routes between London and Paris, Brussels and Amsterdam.

Eurostar says they will increase the number of trains on its London-Paris route to two daily return services from the 27th May, and three per day from the end of June with a view to gradually increasing the frequency over the summer period as travel restrictions are eased.

One injured by suspected letter bomb at Ukrainian embassy in Madrid