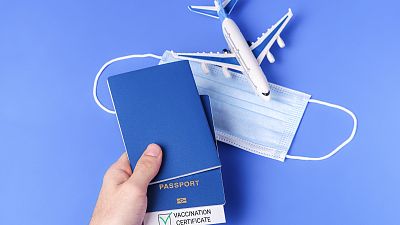 There have been protests in Denmark against vaccine passports - before they have even been introduced. The EU is for them, while the WHO is against them, saying that while vaccines prevent COVID-19, they have not yet been proven to prevent transmission. This throws into question how effective the passports will really be at preventing the spread of COVID-19. Despite all this, many European countries are looking at introducing these passports. Press play on the video explainer above for the full story.

Vaccine passports, which aren't really passports at all but rather a certificate of vaccination, could allow those who get the jab a taste of 'normality.' They could be used to gain entry to restaurants, bars, festivals, and aeroplanes. But many argue they have downsides.

The 'passports' could create two classes of citizens: the vaccinated and the non-vaccinated. This seems especially unfair in the many countries where it is still so difficult to access vaccines, with some developing countries predicted to not receive any doses until 2024.

“It’s hypocritical,” argues Catherine Haguenau-Moizard, Professor of Law at the University of Strasbourg. “You can't do something in between where [vaccination] is not compulsory, but it becomes compulsory in order to access a number of services.”

Press play on the video explainer above for the full story.