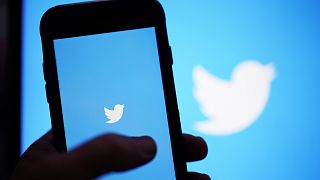 Elon Musk has given Twitter's staff an ultimatum: commit to being “extremely hardcore” and working long hours, or else leave the company with three months’ severance pay.

The company’s new billionaire owner sent an email to its remaining employees asking them to decide by Thursday evening if they want to remain a part of the business.

He wrote that employees “will need to be extremely hardcore" to build “a breakthrough Twitter 2.0" and that “long hours at high intensity” will be needed for success.

Musk asked workers to click yes on a link provided in the email if they want to be part of the “new Twitter". He said that employees had until 5 pm ET (11 pm CET) on Thursday to reply to the link. Employees who don't reply by that time will receive three months of severance.

“Whatever decision you make, thank you for your efforts to make Twitter successful," Musk wrote in the email, which was first reported by the Washington Post.

Musk, who also heads Tesla and SpaceX, said Twitter is a software and servers company at its heart and will be much more engineering-driven, with employees who write “great code” comprising the majority of the team.

The billionaire, who completed the $44 billion (€42 billion) takeover of the platform in late October, fired much of its full-time workforce by email early this month and is expected to eliminate an untold number of contract jobs for those responsible for fighting misinformation and other harmful content.

A number of engineers also said on Twitter they were fired this week after saying something critical of Musk, either publicly on Twitter or on an internal messaging board for employees.

Looking for a new CEO

Elon Musk said on Wednesday he expected to reduce his time at Twitter and eventually find a new leader to run the social media company, adding that he hoped to complete an organisational restructuring this week.

He made the remarks while testifying in a Delaware court as part of a shareholder lawsuit against his company, Tesla, whose investors have been increasingly concerned about the time that Musk is devoting to turning around Twitter.

"There's an initial burst of activity needed post-acquisition to reorganise the company," Musk said in his testimony. "But then I expect to reduce my time at Twitter".

Musk also admitted that some Tesla engineers were assisting in evaluating Twitter's engineering teams, but he said it was on a "voluntary basis" and "after hours".

The 51-year-old billionaire's first two weeks as Twitter's owner have been marked by a major overhaul and quick-fire decisions, including the dismissal of the company's former CEO and approximately half of its staff, leading media outlets to describe the new leadership as "chaotic" and "disastrous".

Most prominent among these changes is a revamped Twitter Blue service, which offered subscribers a variety of additional features, including the app's coveted verification badge, for $7.99 (€7.69) a month.

Launched in a handful of countries on November 10, the scheme got off to a particularly rocky start after users created fake accounts impersonating major companies and world leaders. It was eventually suspended within less than two days, although Musk slated its relaunch for November 29.

Such developments have prompted concern from the US Federal Trade Commission, especially after high-ranking members of the privacy and security team resigned.

Despite the barrage of attacks and vehement criticism directed towards Twitter's leadership, Musk has maintained an optimistic and, at times, defiant attitude, engaging with his followers and frequently lampooning the press while defending the company's new direction.