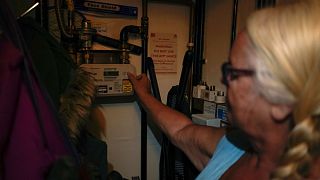 As the energy crisis rages on, comparison website Uswitch has revealed that almost 60,000 UK residents transferred to prepaid gas and electricity meters between October 2021 and March this year, bringing the total to nearly 7.4 million nationwide.

Based on current trends, another 10,000 prepayment meters could be installed each month across UK households this winter, it warns.

The sudden switch, which comes amid record-high inflation and soaring energy prices, is a “worrying” trend, Uswitch said in a statement.

While some households have opted to change to an energy meter to mitigate bills, more homes might have been forced to make the move to ensure those bills are paid during the winter months.

What is a prepayment meter?

Instead of getting a surprise bill every month or quarter, you top up a prepayment meter with credit at a top-up point (usually a local shop) or, nowadays, via an app.

The payment is made in advance of you actually using the energy, unlike direct debit payments which are taken once the energy has been used.

What are the benefits of using a prepayment meter?

Prepayment meters show the occupants of households exactly how much money they have to spend on their energy.

It’s a way to ration usage and keep an eye on spending, as well as lay out a budget for the week or month.

Sometimes, suppliers will actually recommend the meter to customers as a means of monitoring their output. But authorities can also force households into the transfer if they feel it’s necessary to ensure people keep up with their bills.

What are the downsides of prepayment meters?

There’s a reason they remain one of the less commonly used payment options, with approximately 13 per cent of UK households relying on this method.

While prepayment meters help people to plan spending, often the energy you’re paying for is more expensive than it would be on a fixed rate tariff.

Not to mention, if you don’t top the meter up regularly, the energy to your home is literally cut off.

For those with health conditions, the elderly, people with children and those who live in remote locations, this can be seriously problematic – especially as Europe braces for a tough winter.

Prepayment meters also charge a daily fee, known as a standing charge. Even if you don’t use any energy all day, the standing charge will be deducted from your account - while this is usually a matter of pennies, it quickly adds up.

Should I consider getting a prepayment meter?

If you’re in a position where you’re considering ways to keep an eye on your bills this winter, you might be thinking about switching to a prepayment meter.

Last week, the organisation End Fuel Poverty Coalition asked the government to temporarily stop households from being forced onto prepayment meters as concerns rose around how this might impact people over the winter.

Prepayment meters are quite a volatile option for most people. But there are other options to track your energy usage and spending rather than risking a mid-winter blackout.

Nowadays, one of the most intelligent means of tracking your energy usage is with smart meters.

A lot of suppliers will actually install these for free; like prepayment meters, they let you see exactly where your energy is going, but your money is taken after the service has been provided and you’re still able to tap into the benefits of fixed rate tariffs.