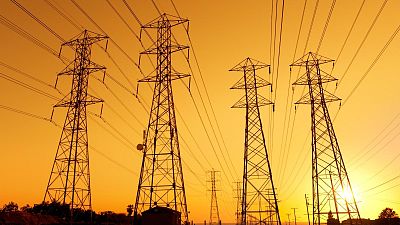 Ireland has been one of the data capitals of Europe with large national and international tech companies setting up base there.   -   Copyright  Canva
By Luke Hurst  •  Updated: 05/05/2022

Data centres in Ireland are now consuming more electricity than all the rural homes in the country, newly released statistics show.

Electricity consumption by the massive data centres used by national and international tech companies based in Ireland shot up by 32 percent between 2020 and 2021 alone.

Data centres consumed 1,058 Gigawatt hours in the fourth quarter of 2021, and in that year they used up 14 per cent of the metered electricity, with rural dwellings taking up 12 per cent.

It’s the first time the centres have used more electricity than rural homes in the country, which is becoming one of Europe’s capitals for data.

EirGrid estimates that by 2028, data centres could account for 29 per cent of demand in Ireland.

In light of this, Ireland’s Commission for Regulation of Utilities (CRU) drew up proposals to prioritise new data centres that could generate enough energy to support their own electricity demands among other factors.

Tech giants such as Facebook, Microsoft, and Google are now hosting data centres in the country.

Around €7 billion has been spent on building data centres there between 2010-2020, according to industry group Host in Ireland, with another €7 billion expected to be invested by 2026.

Data centres and the battle for renewable power

The massive consumption of energy required by data centres has become a point of political contention in Europe, amid arguments over how much renewable energy they should have access to.

Facebook owner Meta recently suspended its plan to build a giant data centre near Amsterdam in the Netherlands, amid political opposition.

In March this year the Dutch senate blocked the plans to build the largest facility of its kind in the Netherlands, from which Facebook, Instagram and WhatsApp would serve users across Europe, creating around 400 permanent jobs.

It was opposed by some environmental groups who don’t want sustainable power to be used by a multinational company.