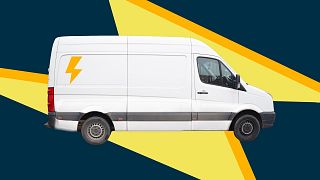 The average electric van in Europe is 25 per cent cheaper to own and operate over its lifetime than the diesel equivalent, despite much higher upfront costs for zero-emission models, according to the environmental campaign group Transport and Environment (T&E).

In a new study covering six countries - France, Germany, Italy, Poland, Spain and the United Kingdom - which account for 76 per cent of the European van market, T&E found an electric van costs €0.15 per kilometre to run, compared to €0.20 for a diesel van.

The study worked out a total cost of ownership for diesel and electric vans factoring in the average prices of each power source in 2021, as well as depreciation and maintenance costs and other factors like tax breaks and the cost of installing an EV charger.

Even when excluding government subsidies on the purchase of electric vehicles, T&E found electric vans were still cheaper overall in five of the six countries, while in Germany the cost was the same.

This holds true even as the upfront purchase price of an electric van is 40 to 55 per cent higher than for a diesel model, T&E said.

"An electric van beats a diesel on cost and van buyers know it. But there’s nowhere near enough supply of e-vans. EU lawmakers can change this at a stroke by increasing the CO2 targets which will require vanmakers to sell more zero-emissions vehicles," said James Nix, freight manager at T&E.

A separate survey commissioned by T&E found that European van operators were keen to switch to electric, with over a third already owning at least one electrified commercial vehicle.

Among those that responded to the survey, 36 per cent already own one commercial electric van, 32 percent plan to buy one in 2022 and 16 per cent said they would consider buying one in the next five years.

French van operators were most likely to already own an e-van, with 48 per cent of those surveys currently using at least one.

Despite the high percentage of van operators saying they used or planned to use EVs, only 3 per cent of vans sold in the EU in 2021 were fully electric.

That compares to 9 per cent of passenger cars, which face stricter CO2 emission standards than commercial vehicles.

The most commonly cited reasons for holding back on electric vehicles included a perceived lack of range, high purchase prices and a lack of charging infrastructure, according to the T&E-commissioned poll.

T&E said lower running costs and growing interest in electric boosted the case for strengthening targets for CO2 emission reductions on diesel vans beyond those currently proposed by the European Commission.

The European Commission has proposed all new vans be zero emission by 2035. But T&E said its research shows the European Parliament and EU member states need to "deliver stronger CO2 emission targets to accelerate the uptake of e-vans in the 2020s and early 2030s".