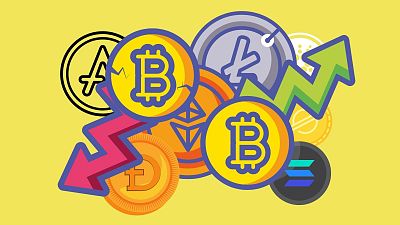 UK advertising and financial regulators are clamping down on crypto adverts over fears they could cause British consumers to lose money   -   Copyright  Euronews Next / Canva
By Tom Bateman  •  Updated: 22/03/2022

The notice covers adverts for digital currencies and crypto exchanges, as well as ads or promotions which otherwise involve the transfer, sale or supply of cryptocurrencies, the ASA said.

"This is a ‘red alert’ priority issue for us and we’ve recently banned several crypto ads for misleading consumers and for being socially irresponsible," the authority said in a statement.

Under its new guidance, adverts for crypto-assets and exchanges will have to come with a cigarette packaging-style health warning highlighting the fact that crypto is completely unregulated in Britain and that the value of an investment can go both up and down.

Adverts must not stoke a "fear of missing out" (FOMO) or imply that crypto investing is simple or low risk, the ASA said.

"Crypto has exploded in popularity in recent years. We’re concerned that people might be enticed by ads into investing money they can’t afford to lose, without understanding the risks," the ASA's chief executive Guy Parker said.

Companies have until May 2 to make sure any "problem ads" comply with the new regulations, the ASA said.

The boom in popularity of crypto-assets has drawn scrutiny from regulators around the world.

In January, the Spanish government announced it would clamp down on crypto advertising, which it said put consumers at risk of losing their money, while in Britain, the country's top financial regulator was given more powers to regulate promotions and incentives that encouraged people to buy into the industry.

Last week, three of the European Union's financial regulators released a joint statement warning of the risks of investing in an unregulated financial product like cryptocurrency.

"Consumers should be alert to the risks of misleading advertisements, including via social media and influencers. Consumers should be particularly wary of promised fast or high returns, especially those that look too good to be true," the EU regulators said.