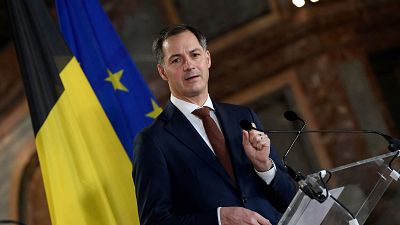 Workers in Belgium will soon be able to choose a four-day week under a series of labour market reforms announced on Tuesday.

The reform package agreed by the country's multi-party coalition government will also give workers the right to turn off work devices and ignore work-related messages after hours without fear of reprisal.

"We have experienced two difficult years. With this agreement, we set a beacon for an economy that is more innovative, sustainable and digital. The aim is to be able to make people and businesses stronger," Belgian prime minister Alexander de Croo told a press conference announcing the reform package.

Workers in the gig economy will also receive stronger legal protections under the new rules, while full-time employees will be able to work flexible schedules on demand.

Putting the reforms into law could take months, however, as the draft legislation must pass multiple readings by federal lawmakers before being enacted.

A significant portion of Belgium's new labour reforms impact the work-life balance of employees in both the public and private sectors.

The draft reform package agreed by the country's federal government will grant employees the ability to request a four-day week.

"This has to be done at the request of the employee, with the employer giving solid reasons for any refusal," Belgian labour minister Pierre-Yves Dermagne told the press conference.

A government spokesperson confirmed to Euronews Next that employees would be able to ask to work four days a week for a period of six months. After that, they could choose to continue the arrangement or return to a five-day week with no negative consequences.

"The period of six months was chosen so that an employee would not be stuck for too long in case of a wrong choice," they said.

Under the Belgian system, employees would be able to condense the current five-day week into four days. In practice this means maintaining a 38-hour working week, with an additional day off compensating for longer work days.

Workers will also be able to request variable work schedules. The minimum notice period for shifts is also changing, with companies now required to provide schedules at least seven days in advance.

"This would benefit those who wish to spend more time with their children," Dermagne said in a statement, adding that the proposals would be especially helpful for divorced or separated parents who share custody of their children.

Put the phone down

In January, civil servants working for Belgium's federal government were given the right to disconnect, allowing them to turn off work devices and ignore messages after hours without reprisals from bosses.

Now all Belgian workers, including those in the private sector, will receive the same right, Dermagne said on Tuesday.

"The boundary between work and private life is becoming increasingly porous. These incessant demands can harm the physical and mental health of the worker," he said.

In practice, the new law will apply to all employers with more than 20 staff. Employers will be expected to negotiate with trade unions to include the right to disconnect in collective agreements.

The reform package also takes aim at the gig economy, with workers for platforms like Uber, Deliveroo and Just Eat Takeaway receiving insurance against work-related injuries and clearer rules defining who is - and is not - self-employed.

If someone wants to work as a self-employed person, they can do so and will have more autonomy

Belgium's new labour reforms add to a proposed European Union directive which sets out five criteria for judging whether or not a gig worker should be considered an employee.

In Belgium, platform workers meeting three out of eight possible criteria - including those whose work performance is monitored, who are unable to refuse jobs, or whose pay is decided by the company - will now be considered employees with rights to sick leave and paid time off.

The rules do not prevent anyone from working as a freelancer or contractor, social affairs minister Frank Vandenbroucke said.

"If someone wants to work as a self-employed person, they can do so and will have more autonomy," he said.