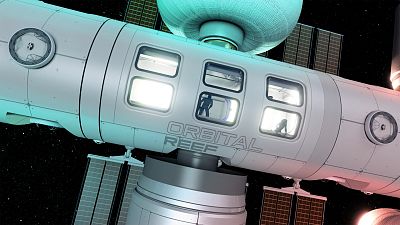 It’s been continuously orbiting the Earth for over 20 years, but it won’t last forever. NASA is already anticipating the future retirement of the International Space Station (ISS).

The US space agency announced on Thursday that it had signed contracts with three companies to help them develop private space stations, a further step towards the commercialisation of space.

A seamless transition from the ISS to commercial destinations

“The awards are the first in a two-phase approach to ensure a seamless transition of activity from the International Space Station to commercial destinations,” NASA said in a statement.

“During this first phase, private industry, in coordination with NASA, will formulate and design commercial low-Earth orbit destination capabilities suitable for potential government and private sector needs. The first phase is expected to continue through 2025”.

The future of the ISS is officially assured until 2024 and NASA has agreed that it can technically operate until 2028.

The aim is then for private stations to take over, putting an end to current international cooperation on the ISS, particularly with Russia.

“Building on our successful initiatives to partner with private industry to deliver cargo, and now our NASA astronauts, to the International Space Station, NASA is once again leading the way to commercialize space activities,” NASA Administrator Bill Nelson said.

“With commercial companies now providing transportation to low-Earth orbit in place, we are partnering with U.S. companies to develop the space destinations where people can visit, live, and work, enabling NASA to continue forging a path in space for the benefit of humanity while fostering commercial activity in space”.

Here is what has been proposed as the next generation, private space station.

The station put forward by Blue Origin, and developed with Sierra Space, is called Orbital Reef.

It will be able to accommodate up to 10 people and will be used by a variety of actors: tourists, companies and public bodies.

Blue Origin promised that its station architecture will be "human-centric with world-class services and facilities that are inspiring, practical and safe".

The second company selected by NASA is Nanoracks. Its station, built in collaboration with Lockheed Martin and Voyager Space, is called Starlab and should also be launched into orbit in 2027.

It is designed to accommodate four astronauts and will have power, volume, and a payload capability equivalent to the iSS, NASA added.

The latest company to be selected by NASA is industry giant Northrop Grumman. The company is still working on a name, but is also planning specific areas onboard for science or tourism.

This station will also be modular and it will be possible to add new elements.

According to AFP, NASA wants to be able to hire private companies for its needs in the future without having to finance the operating costs of a station.

The US space agency estimated that it will need to be able to send two astronauts into orbit continuously and carry out some 200 experiments per year.