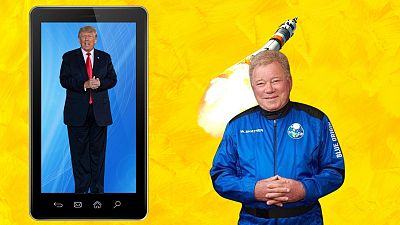 Nine months after being expelled from social media for his role in inciting the January 6 Capitol insurrection, former President Donald Trump announced this week that he's launching a new media company with its own social media platform.

Trump says his goal in launching the Trump Media & Technology Group and its “Truth Social" app is to create a rival to the Big Tech companies that have shut him out and denied him the megaphone that was paramount to his rise.

“We live in a world where the Taliban has a huge presence on Twitter, yet your favorite American President has been silenced," he said in a statement. “This is unacceptable”.

Conservative voices actually do well on traditional social media. On Wednesday, half of Facebook's top 10 performing link posts were from conservative media, commentators or politicians, according to a daily list compiled by a New York Times technology columnist and an internet studies professor, who used Facebook's own data. And this is a regular occurrence.

The site is live now but only to sign up to a waiting list with the official launch not expected until early 2022.

Joan Collins and Brian Cox voiced their disapproval of the launch on the Jonathan Ross show on ITV.

Shatner, 90, became the oldest person ever to enter the final frontier after he lifted off from the Blue Origin Space Company's headquarters in rural Texas.

The three passengers experienced a short period of weightlessness of about four to five minutes as the capsule climbed to a maximum altitude just above 100 km above sea level.

Upon his return to earth a visibly moved Shatner was clearly impressed by the feat.

“The moment you see the vulnerability of everything. It’s so small,” he said.

“This air which is keeping us alive is thinner than your skin. It’s a sliver, it’s immeasurably small when you think in terms of the universe”.

Some of his fellow actors were less enthusiastic.

“It’s amazing, isn’t it? What a fool. Who wants to do that? No, absolutely not. Did you see Bill Shatner?’ Joan Collins told Jonathan Ross.

“He was in the air and they were turning him upside down. Let’s take care of this planet first before we start going off”.

Fellow guest Brian Cox was asked if he would ever want to travel into space. The Succession star was clear in his response.

“No, absolutely not,” he said. “I think it’s ridiculous. I remember watching [Richard] Branson and Bezos going up for their 11 minutes or whatever…

Attention customers: you are on your own

Britain's biggest retailer Tesco opened its first checkout-free store in central London on Tuesday, allowing customers to shop and pay without scanning a product or interacting with a cashier.

The roll-out of "GetGo" to the Tesco Express store at High Holborn follows a successful trial at a staff store on the retailer's headquarters campus at Welwyn Garden City, north of London, which has been in place since 2019, the firm said.

The High Holborn store has been cashless since it opened in 2018.

Customers with the Tesco.com app are able to check-in to the store, pick up the groceries they need and walk straight out without visiting a checkout.

A combination of cameras and weight-sensors will establish what customers have picked up and charge them for products directly through the app when they leave the store.

Customers receive a receipt on their phone within a few minutes of leaving the store.

Tesco said it has partnered with Trigo to roll out the technology.