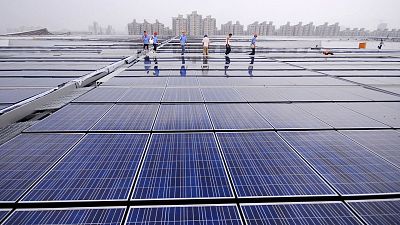 China aims to increase its renewable energy output, but maintains that crude oil and natural gas production will still be at the forefront of its future plans.

The combination of clean fuels and fossil fuels is about balancing energy security, while achieving its climate change goals, it says.

The world's biggest greenhouse gases emitter has announced that its carbon emissions will peak by 2030. It claims it will achieve carbon neutrality by 2060.

In comparison to many countries around the world, however, this target comes much too late.

In December 2019, the European Commission announced the European Green Deal as the strategy through which to achieve EU climate neutrality by 2050. Sweden has committed to cutting its net carbon emissions to zero by 2045. Finland has gone even further with a target of 2035 and Uruguay's ambition is to achieve it by 2030.

"We will accelerate the adjustment of the energy structure and promote energy supply security and low-carbon transformation at the same time," the National Development and Reform Commission of the People's Republic of China said in a statement on Tuesday.

How much renewable energy will China use?

It aims to make non-fossil fuels account for about a fifth of total energy consumption by 2025.

In the same breath, it aims to make non-fossil fuels account for about a fifth of total energy consumption by 2025, up from 16 per cent in 2020, and to strictly control coal use in heavy industry including steel, chemical and cement.