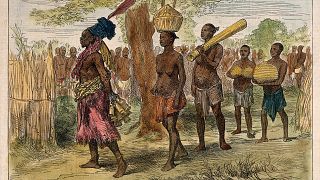 The Wellcome Collection, a free museum and library in London that "aims to challenge how we all think and feel about health," has closed an exhibition deemed to be "racist, sexist, and ableist."

The exhibit, called the Medicine Man, has been open to the public for 15-years in the centre of the UK capital and its closure has been described as a “significant turning point” for the institution.

The Medicine Man display features artefacts on global health collected by the institution's founder, Henry Wellcome, during the colonial period.

“When our founder, Henry Wellcome started collecting in the 19th century, the aim then was to acquire vast numbers of objects that would enable a better understanding of the art and science of healing throughout the ages,” wrote the museum on its official Twitter account.

“The result was a collection that told a global story of health and medicine in which disabled people, Black people, Indigenous peoples and people of colour were exoticised, marginalised and exploited – or even missed out altogether.”

This was problematic for a number of reasons.

Who did these objects belong to?

How were they acquired?

What gave us the right to tell their stories? pic.twitter.com/6RQAFQRPQZ

One offending item is a painting of a Black African behaving in a subservient manner to a white person entitled "A Medical Missionary Attending to a Sick African".

The museum acknowledged that the displays show how cultures have tried to care for one another and has in the past attempted artist interpretations of the exhibits to improve them, but found the context of the artefacts irredeemable.

“We can’t change our past,” they continued. “But we can work towards a future where we give voice to the narratives and lived experiences of those who have been silenced, erased and ignored.”

“By exhibiting these items together – the very fact that they’ve ended up in one place – the story we told was that of a man with enormous wealth, power and privilege. And the stories we neglected to tell were those that we have historically marginalised or excluded.”

A new exhibition telling the stories of marginalised groups will be unveiled in the coming years.