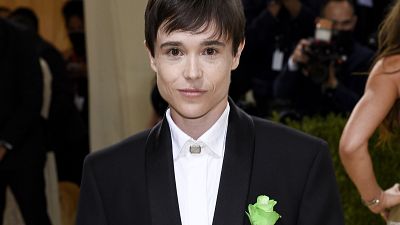 High-profile trans actor Elliot Page is to release a book next year.

Page is working on a memoir, in which he will write about everything from his Oscar-nominated film career to coming out as transgender whilst in the public eye.

Flatiron Books announced on 17 February that ‘Pageboy’ will be published next year.

"The memoir will delve into Page's relationship with his body, his experiences as one of the most famous trans people in the world, and will cover mental health, assault, love, relationships, sex, and the cesspool that Hollywood can be,”according to Flatiron.

The 34-year-old Page is known for such films as ‘Juno’ and ‘Inception.’ He currently stars in the Netflix series ‘The Umbrella Academy.’

Who is Elliot Page?

Page enjoyed a successful career prior to his transition, receiving an Oscar nomination for his turn as the eponymous pregnant teen in cult film ‘Juno’.

Coming out as transgender in 2020 the actor wrote on his Twitter and Instagram accounts, “Hi friends, I want to share with you that I am trans, my pronouns are he/they and my name is Elliot.

“I feel lucky to be writing this. To be here. To have arrived at this place in my life. I feel overwhelming gratitude for the incredible people who have supported me along this journey.

“I can’t begin to express how remarkable it feels to finally love who I am enough to pursue my authentic self.”

Page is the first trans actor to be Oscar-nominated and second trans Oscar nominee overall after director Yance Ford.

On his announcement Page highlighted the high rates of suicide and attempted suicide in the trans community and criticised anti-trans celebrities with large platforms saying, “You have blood on your hands.”

What is real and what is fake in new Netflix drama 'Inventing Anna'?