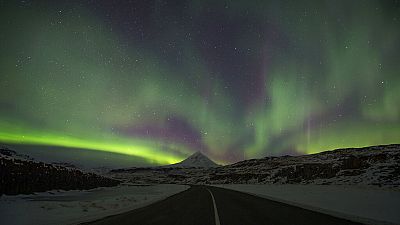 Living in towns and cities, few of us get to see the true beauty of the night sky, unpolluted by artificial light. In 2021 and beyond, celestial escapes will be in high demand, as people seek time in the wilderness as an antidote to the stresses and strains of modern life. It may be hard to believe but there are places in the world where, after dusk, it is possible to read by starlight and to see your shadow in the light of the moon. Here are six…

The Cosmic Campground is located in the Gila National Forest of western New Mexico. Four years ago, the International Dark Sky Association named it the first Dark Sky Sanctuary in the US, which means it is land that possesses “an exceptional or distinguished quality of starry nights”. The nearest source of manmade light is from 65km away in the neighbouring state of Arizona meaning that campers can enjoy breathtaking views of the cosmos at night.

2. Learn all about astronomy in the Scottish Highlands

Up in the Scottish Highlands – one of the best places for astrotourism in Europe – the International Dark Sky Association has granted “Dark Park Sky” status to the vast 777 sq km expanse of Galloway Forest Park. Its hilltop Scottish Dark Sky Observatory has a retractable roof and powerful telescope for glimpsing otherworldly planets and solar systems. Meanwhile, further north, the Toriddon Hotel has partnered with astronomer Stephen Mackintosh to provide star-spotting workshops.

3. Gaze up at the solar system in the salt flats of Bolivia

At 3,656 metres above sea level, Bolivia’s Salar de Uyuni salt flats offer a pristine white lunar terrain – and, when the sun goes down, the chance to see entire galaxies with the naked eye. Between April and November, there is no rain meaning guaranteed clear skies, and because the vast 10,000 sq km area is largely uninhabited, there is no urban light pollution. Guests travelling with Black Tomato can stay in dome tents right on salt flats and eat dinner under the Milky Way.

4. Combine the stars with the Northern Lights in Iceland

In Iceland, Hotel Ranga not only gives people the chance to see the Northern Lights, but has its own observatory with a “roll-off” roof. Look through one of its two astronomical telescopes and will be able to see the surface of Mars and the rings of Saturn. With a population of just 357,000 across the entire country, Iceland has very little in the way of urbanisation – and thus very little in the way of light pollution. However, you will need to come during winter months when there is very little daylight.

5. A piece of stargazing history in the French Alps

With huge swathes of unspoilt countryside, France has numerous special sites for stargazing. Just one of them is Alpes Azur Mercantour in the south, which is a 2,250 sqkm International Dark Sky Reserve (the third of its kind in the country). This national park is undoubtedly one of the best places in the world for stargazing, making it an ideal spot for amateur astronomers to contemplate the universe. At the end of the 19th century, one of the first mountain observatories was installed here on Mont Mounier (now you can hike up and see the ruin).

6. Contemplate the constellations in Japan

Although there are many big neon-lit cities in Japan, there are also sizeable areas of remote, unbuilt and frequently mountainous landscape where night skies sparkle with billions of stars. Two years ago, the Iriomote-Ishigaki National Park, which extends across the tropical Yaeyama Islands in the far south (not far from Taiwan), was named the second International Dark Sky Park in Asia. From here, provided there are no clouds, you can see 84 of the 88 constellations recognised by the International Astronomical Union.

To get the most out of your desert stargazing experiences, remember the nights can get cold so pack a warm jumper or kaftan, and download a handy astronomy app for your smartphone to help identify the planets constellations above you. Star Walk 2 uses GPS to show you exactly what you are looking at in real time so you can spot the International Space Station, for example, when it flies overhead.

Here are some of the best places for stargazing in Europe