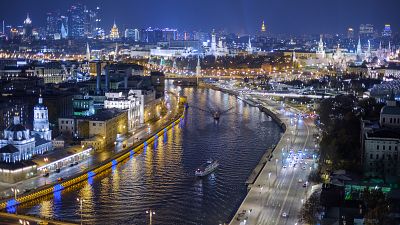 Moscow is a city of many facets but, to all who visit, the iconic domes of St. Basil's Cathedral and majestic sweep of Red Square do add up to a bewitching mix of monumentality and mystery. The surprises do not stop at these famous locations, however: get ready for a safe and modern metropolis with a multitude of colours, lots of character and an admirable defiance of the elements too: the winter calendar heats up too. The city simply crackles with cultural life and buzzes 24/7—but from the bustle of the MKAD Moscow Ring Road to the soaring spires of the Moscow State University and space-age swagger of Ostankino Tower, it's also that monumental state of mind.

And yes, a little mystery too. Patriach's Pond, Patriarshiye Prudy to the locals, appears in many stories but come to Moscow and you will find that the place really exists, a haven of genteel charm and throwback to the 19th century that's still part of the Moscow's mega-sized urban fabric (with a monument to the author too). Yes! This city invites wandering with the unfamiliarity serving as the greatest of temptations for the urban explorer: it may take you to the leafy courtyard of a hidden museum, to a rooftop bar with a smashing view of this glittering northern global city or to one of the underground peoples' palaces, those vaunted stations of the Moscow Metro. Moscow in its sheer size and in its inscrutability is something that few global cities actually are: a thrill. Exploring it is both an education and thoroughly modern exercise in exhilaration.

Understand that Moscow is Russian to the core but a colossal human achievement as well: we are talking about a city founded in 1147 that is now home to more than 12 million people. Historical heft, meet modern allure and say hello to more than 250 theaters, 450 museums and 13 000 restaurants. No wonder Moscow won, for the second year in a row, the World's Leading City Destination award at the World Travel Awards this year, because simply put this city is a winner. The introduction of the Russian e-visa in January 2021 will make it easier than ever for citizens of 52 countries to get acquainted with Moscow as will RUSSPASS, a new digital travel service that will allow visitors to fully plan a trip to Russia and Moscow by offering more than 600 destinations, tours and author's routes all over Russia. RUSSPASS was launched in July and since then 82 regions of the Russian Federation have signed cooperation agreements with it — and more than half of their offers are already on the site. As RUSSPASS encompasses a wide range of city services and attractions—museums, parks, restaurants, theatres, cafes, and other city events from all over Russia— any person living in Moscow, or anywhere inside or outside Russia can now easily organize a customized travel itinerary or pick a ready-made tourist product. Currently available in Russian and English versions, in the future RUSSPASS will also be available in other languages.

Once you're in Moscow and though it's easier to navigate than you might think—metro signs and announcements, for example, are in both Russian and English. But try your hand at learning how to say Red Square like a local (it's easy: Krásnaya plóshchad) then go and behold the marvels it contains: the massive St. Basil's Cathedral, completed in 1561 by order of Ivan the Terrible to mark his victory over the Tartar Mongols and with its exuberant onion-shaped domes, and of course the crème de la crème itself, the Kremlin fortress. The Kremlin is almost as old as Moscow itself, though Italian architects expanded it in the 15th century. There you can see the Russian Orthodox cathedrals with their remarkable painted frescoes, Peter the Great's Arsenal and the Ivan the Great Belltower, but book a private tour to see the Grand Kremlin Palace and tsars' private rooms. One side of Red Square is now home to stunning Zaryadye Park, which was designed by the architects of New York's High Line. The vast park is divided into four climatic sections and features a cool cantilevered viewing post suspended 70 meters above the River Moskva. There's also a brand new tourist information centre at the park.

Moscow is much more than dramatic public squares and cathedrals, of course. The multitude of museums includes the Pushkin State Museum of Arts, with everything from mummies to Rembrandt paintings, the State Historical Museum, the All-Russian Exhibition Centre (VDNH) park with its pavilions commissioned back in 1939 (admission is free), and Museum of Cosmonautics, with its epic monument of a steel rocket blasting to the sky. In Gorky Park you'll find, along with plenty of cafes and restaurants, the sleek Garage Museum of Contemporary Art. The Tretyakov Gallery contains masterpieces of Russian art from the eleventh century up to the early twentieth—Vrubel, Kandinsky, and Malevich are some of the big names represented among the 190,000 artworks displayed in the elegant gallery.

And expect Moscow to shatter some preconceived notions you might have about the Russian capital. The Bolshoi, for example, is not just for ballet anymore! You can nibble on caviar and blinis at a luxe restaurant right behind the famous theatre. In fact, the gourmet dining and cosmopolitan nightlife scene in Moscow can only be described as fabulous, and culinary scenesters are truly spoiled for choice. This is the world in one city but a connected global city too, and one that's primed for business. Moscow supports the tourism and hospitality industry too, and a key industry initiative was the launch of the Moscow Travel Hub online platform last spring. The main aim of the Hub is to provide conditions for the creation of new products and services, developing a collaboration and implementation of new technologies in the tourism industry.

Moscow also offers great opportunities for youth tourism. It has developed the unique "City of discoveries" project that lets 18-to-35s explore the capital during their trip by being proactive 'researchers' of the city. There are eight educational routes consisting of such industries as energy, transport and space, digital technologies and telecommunications, ecology, creative industries, biotechnology and biomedicine, humanities, and urbanism. In spring of 2020 Moscow held Russia's first tourism hackathon (Moscow Travel Hack, with more than 260 participating developer teams), and the official tourist information portal Discover.Moscow is practically an encyclopedia of Moscow. There you can find not only a selection of interesting places and routes, but also learn about "secret places" that are known only to Muscovites, read interviews with noted chefs of Moscow restaurants, find unique archival materials about the capital and even more.

But the discoveries are for all ages and are all around Moscow. While the borders are still closed, you can get the latest information on Moscow's top sights, family vacation destinations, and cultural and culinary events using the online platform #Moscowwithyou. Start with virtual visits of the highlights there to prepare you for your Moscow city experience when you come here, from gleaming modern skyscrapers to the pastel shades of the building facades on atmospheric Arbat Street, one of the oldest streets in the city. Your urban impressions will be exciting and diverse, from the commercial bustle of historic Tverskaya Street to the relaxation of an invigorating "branch massage" at one of the city's traditional banya steam baths. Add some quality cultural time in your museums of choice and maybe a night (or two) on the town in 1905 Street, an area of restaurants and nightclubs on the banks of the River Moskva, and in no time at all you too may find yourself settling into something quite rightly called a Moscow state of mind.

Is inflight Wi-Fi safe or could it be leaking your data?