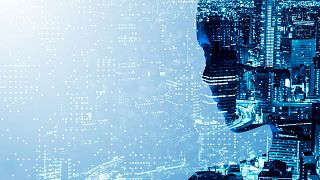 AI-based tools can be used to better detect and protect against threats but on the other hand, cybercriminals can use the technology for more sporadic attacks   -   Copyright  Canva
By Pascale Davies  •  Updated: 26/12/2022

Artificial intelligence (AI) is playing a massive role in cyber attacks and is proving both a “double-edged sword” and a “huge challenge,” according to NATO.

“Artificial intelligence allows defenders to scan networks more automatically, and fend off attacks rather than doing it manually. But the other way around, of course, it's the same game,” David van Weel, NATO’s Assistant Secretary-General for Emerging Security Challenges, told reporters earlier this month.

Cyber attacks, both on national infrastructures and private companies, have ramped up exponentially and become a focal point since the war in Ukraine. NATO said this year that a cyber attack on any of its member states could trigger Article 5, meaning an attack on one member is considered an attack on all of them and could trigger a collective response.

AI-based tools can be used to better detect and protect against threats, but on the other hand, cybercriminals can use the technology for more sporadic attacks that are harder to defend against because there are so many of them simultaneously.

AI can be used to try and break into networks by using credentials and algorithms to crack systems, said van Weel.

Trying to solve the combinations “is a huge challenge,” he said, adding, “we of course want to be ethical users of AI”.

He said AI will be used for defence “but we can't guarantee of course that our opponents, who are the ones trying to break in, are using AI in the same ethical manner”.

“That's something we need to take into account in our defence. It's definitely something we're watching”.

Cyber defence put to the test

Just how to defend against AI cyber attacks is what is being tested in Estonia’s capital Tallinn at the CR14 NATO Cyber Range.

Earlier this month, army commanders from over 30 countries (not all of them NATO members) descended on the cyber range to put their skills to the test on how they would defend their country while working with their allies.

Fictitious storylines were created and one of the biggest challenges of the annual event was dealing with the threat of AI attacks.

“In the AI experiment, it's basically a two-way street. It's recognising AI that is used by opponents and it's on the other hand, exploring how AI may support our own operations,” said Bernd Hansen, Branch Head of Cyberspace at the NATO Allied Command Transformation.

“We expose the technical experiments to the operational community to ensure that what we try to develop from a technical perspective actually serves the operator - so that we don't march left when they would like us to march right,” he told Euronews Next.

The exercises have helped those participating but there is still a long way to go to counter the threat.

AI is “definitely a robust problem that I think the cyber community is addressing,” said Candace Sanchez, USA lead executive planner who participated in the cyber exercises.

“But I think it's going to take some time to really try to counter that threat. So working together in those efforts to try to do so, I think will help us move along,” she told Euronews Next.

The price of Internet freedom

AI cyber attacks can be used not just to shut down infrastructure but also to exploit information, said Alberto Domingo, technical director of cyberspace at NATO Allied Command Transformation.

“I think AI is a critical threat. The number of attacks is increasing exponentially all the time,” he told Euronews Next, adding that at the moment the world is simply “living with these attacks” and needs more cybersecurity rules.

“We are not yet at a stage where we identify that this is simply not acceptable. These behaviours cannot be allowed in cyberspace,” he said.

I think AI is a critical threat. The number of attacks is increasing exponentially all the time

“It shows you that we still don't have a collective common approach to react to those things, but those things are simply not acceptable”.

Although solutions are being worked on to tackle AI cyber attacks, Domingo said we cannot stop them if we still want the Internet to be a place of free thinking and independence.

“We have created cyberspace in a way that is open to everybody. It's an environment for developing ideas. That's what we want. We want freedom in cyberspace,” he said, adding that stopping that in favour of limiting what we can do on the Internet comes at too big a cost.

“The price we have to pay for that [Internet freedom] is to be realistic and accept that there will be attacks in the networks,” he said.

“And the only way to cope with that is to use all the mechanisms and all the technologies included to protect, but also to react and also to recover from those attacks. I don't think we will ever be able to avoid them now”.