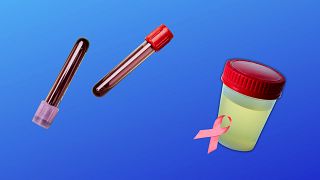 Cancer is a major killer accounting for nearly one in six deaths worldwide. The most effective way to treat it is to detect it early, and new, groundbreaking blood tests offer hope on this front.

Researchers in Sweden have developed a simple, non-invasive test they say can accurately detect 14 different types of stage I cancers.

They used machine learning to track levels of glycosaminoglycans – a type of sugar that is an important part of our metabolism – as biomarkers to detect cancer in the blood and urine samples of 1,260 volunteers.

In their study, published in the scientific journal PNAS, the authors said their method could detect stage I cancer with a sensitivity of up to 62 per cent.

The test’s specificity – the proportion of true negatives it correctly predicted – was high, at 95 per cent, and it also predicted where the tumours were located with 89 per cent accuracy.

According to the charity Cancer Research UK, more than 90 per cent of patients with either bowel cancer, breast cancer or ovarian cancer survive at least five years if the disease is diagnosed and treated at the earliest stage.

The problem is that most patients are still being diagnosed late, making it more difficult for the treatment to be successful.

However, there are several challenges to early detection: invasive and costly tests, false positives, but also the simple fact that there currently are no standard screening methods for some cancers such as brain tumours and kidney cancer.

Another prevention tool has been liquid biopsies, a type of blood test that can detect DNA for tumours when these are still invisible.

But the sensitivity of these biopsies is only about 10 per cent in early-stage cancer, known as stage I, and some types of cancer such as brain tumours remain undetectable.

The researchers in Sweden expect their new blood and urine test would cost less than $50 (€47.50), which is five to 10 times less than the average liquid biopsy blood test.

However, Francesco Gatto, a researcher at the Karolinska Institute and the lead author of the study, told the Spanish newspaper El País that there are still a few steps before this test can become standard medical practice.

"The next step is to confirm in a sample of more than 10,000 participants to see the setting in which it would make the most sense to use it," he said.

US biotechnology company GRAIL is also working on a simple blood test it says can detect signals from more than 50 types of cancers.

GRAIL’s own research found that detecting cancer types earlier than at the metastatic stage IV could cut the number of cancer-related deaths by at least 15 per cent within five years.