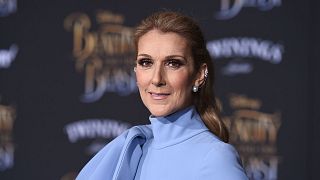 Singer Celine Dion has revealed she has been diagnosed with a rare neurological disorder that left her unable to perform.

In an emotional video posted in French and English on Thursday on Instagram, Dion said stiff person syndrome was causing spasms that affect her ability to walk and sing.

"Recently I've been diagnosed with a very rare neurological disorder called the stiff person syndrome which affects something like one in a million people," she said.

"Unfortunately, the spasms affect every aspect of my daily life, sometimes causing difficulties when I walk and not allowing me to use my vocal cords to sing the way I’m used to".

What is stiff person syndrome?

Stiff person syndrome causes rigid muscles and painful muscle spasms, which can be triggered by such things as loud noises or light touch.

According to the National Institute for Neurological Disorders and Stroke (NINDS), stiff person syndrome is characterised by “abnormal postures, often hunched over and stiffened” and affects twice as many women as men.

People who suffer with this disorder can be too disabled to move, walk, or leave the house because street noises, like the sound of a horn, can trigger spasms and falls.

The disorder is often misdiagnosed as Parkinson’s disease, multiple sclerosis, fibromyalgia, or anxiety and phobia, but a definitive diagnosis can be made with a blood test.

Scientists have yet to pinpoint the cause of stiff person syndrome, but research suggests it may be caused by an autoimmune reaction.

The immune system appears to attack a protein called glutamic acid decarboxylase (GAD) that aids the production of an important neurotransmitter – or chemical messenger – in the brain.

People with stiff person syndrome have elevated levels of GAD antibodies that can be measured in their blood.

Many patients with stiff person syndrome also have another autoimmune disease such as diabetes, thyroiditis, and vitiligo, or pernicious anaemia, an autoimmune condition where the intestines cannot properly absorb vitamin B12.

Can stiff person syndrome be cured?

There is no cure for stiff person syndrome; current treatments can only improve the symptoms.

A serious risk for people suffering from stiff person syndrome is that they can easily fall and sustain injuries. But anti-anxiety drugs, muscle relaxants, anti-convulsants, pain relievers and immunoglobulin therapy can help reduce stiffness and lower their sensitivity to noise, touch and other stressors.

Dion said she had no choice but to postpone her 'Courage' tour, which was set to restart in February after several delays. Her spring 2023 shows have now been moved to 2024 and her summer 2023 concerts have been cancelled altogether.

Dion, who has five Grammy Awards and two Academy Awards, is the best-selling female artist of all time with hits like 'I’m Alive' and 'My Heart Will Go On'.