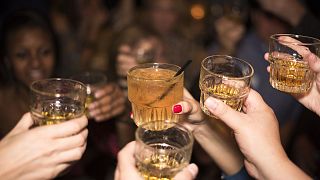 Do you hate your boss and co-workers enough that you rather not spend a minute more in their company than you’d have to? Your company can’t fire you for that. At least, not in France.

That’s the latest ruling by the country’s justicial system following a case brought forward by a French man against a former employer.

Mr T - as he is referred to court papers to protect his identity - joined Cubik Partners, a Paris-based consulting company, in 2011.

In 2015, he was fired for “professional deficiency”. According to court documents, Mr T was sacked because he refused to stick to the “fun and pro[fessional]” values of the company, which involved seminars and after-work drinks.

The employee then took Cubik Partners to the labour courts; the case escalated until it reached the French Court of Cassation, the country’s highest-ranking court and often one of last resort.

Mr T's refusal to adhere to Cubik Partners' values was considered by the court to be part of his freedom of opinion and expression, especially given that the company’s activities allegedly involved "excessive alcohol consumption" as well as "promiscuity, bullying, and incitement to various excesses and misconduct," according to the court filing.

In addition to his freedom of expression, the court also recognised "the employee's fundamental right to dignity and privacy".

Workaholism is out, 'quiet quitting' is in

The way in which we work is in constant evolution, particularly since the COVID-19 pandemic.

Following the "Great Resignation" shift, in which millions of workers have left their employment, the “quiet quitting" trend is the latest to set social media and the news agenda abuzz.

As with most of the recent work trends, including "quiet quitting," the idea driving them is actually a clearer acknowledgement of boundaries between personal and professional life.

The way we have traditionally worked is being more challenged now than ever; from digital nomadism to the condensed four-day week.

With the return to the office following a period of remote working, and with it a return to work-related social events, being able to separate work life from private time is once again becoming a challenge.

In the case of Mr T, the company was ordered to pay him €3,000 in compensation. The case is expected to continue after Mr T asked for over €460 000 in legal costs and loss of earnings.