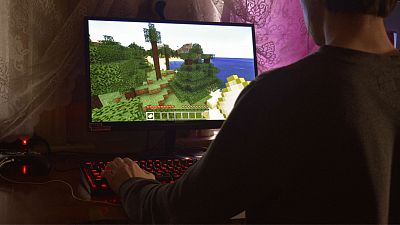 Playing computer games isn’t an activity usually associated with an increase in mental faculties and many parents want to keep their kids away from staring at screens for hours on end.

A new study has however found that hours of computer gaming could in fact improve some cognitive skills, such as those involving impulse control and working memory.

The study involved nearly 2,000 children, and those who reported playing video games for three hours a day performed better in cognitive skills tests than those who had never played games.

It is part of a wider study in the United States, called the Adolescent Brain Cognitive Development (ABCD) Study and funded by the National Institutes of Health.

Previous studies have looked into the relationship between computer games and cognitive behaviour, but the neurobiological mechanisms underlying this are not well understood.

Researchers at the University of Vermont therefore analysed data obtained from children who had entered the ABCD Study at the ages of nine and 10.

Examining survey, cognitive, and brain imaging data from around 2,000 participants, they separated the children into groups: those who played computer games for three hours or more a day, and those who reported playing no video games at all.

The two groups were then evaluated on their ability to control impulsive behaviour and to memorise information.

How gaming affects attention and memory

The gamers were found to be faster and more accurate on both tasks than the others.

Furthermore, MRI imaging of the brain revealed the gamers’ brains had higher levels of activity in the regions associated with attention and memory.

The researchers think this may be due to practising tasks related to impulse control and memory while gaming.

“This study adds to our growing understanding of the associations between playing video games and brain development,” said the director of the National Institute on Drug Abuse, Nora Volkow.

“Numerous studies have linked video gaming to behaviour and mental health problems. This study suggests that there may also be cognitive benefits associated with this popular pastime, which are worthy of further investigation”.

Previous studies have reported links between gaming and higher rates of depression, violence, and aggressive behaviour.

While this study did not find that to be the case, the gamers did report higher levels of mental health and behavioural issues, although the researchers said that the findings were not statistically significant.

The study authors also insist that their results do not allow for cause and effect analysis, and that children who are better at these cognitive tasks may simply choose to play computer games.

The specific genre of game may also have an impact, and this was not assessed by the study.

“While we cannot say whether playing video games regularly caused superior neurocognitive performance, it is an encouraging finding, and one that we must continue to investigate in these children as they transition into adolescence and young adulthood,” said Bader Chaarani, assistant professor of psychiatry at the University of Vermont and the lead author on the study.

“Many parents today are concerned about the effects of video games on their children’s health and development, and as these games continue to proliferate among young people, it is crucial that we better understand both the positive and negative impact that such games may have”.

Prepayment meters are making a comeback amid the energy crisis