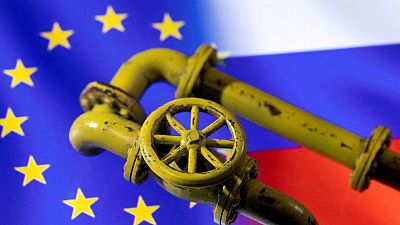 BRUSSELS – The European Union’s plan for countries to buy gas jointly could maximise supplies and ensure better contract terms in the coming years, but is unlikely to help in the event of a sudden supply cut off, analysts and EU officials said.

To become more independent of Russian gas and build a buffer against supply shocks, the EU in April launched a platform to pool demand and jointly buy gas. The dash for alternative supply has acquired further urgency after Russia cut gas supply to Bulgaria and Poland.

“It’s very hard to see that there is any non-committed gas in the market. Why would the EU find new gas that the member states at the current prices could not find?” said Christian Egenhofer of the Centre for European Policy Studies.

EU leaders said in March they would work on joint gas buying “with a view to next winter”. The executive Commission, however, appears to be looking to the longer term.

A draft Commission document, part of a package to cut reliance on Russian energy to be published next week, said the joint buying platform would work “notably to establish long-term partnerships with energy supplying countries”.

Analysts said the EU could potentially use its clout as the world’s biggest gas buyer to negotiate longer-term contracts, also for hydrogen or imports of low-carbon electricity.

“Where I think it could potentially help is when setting contractual terms with large suppliers,” said Jacob Mandel, Senior Associate at Aurora Energy Research.

But first, Brussels would need to navigate the complexity of coordinating negotiations and purchases among the EU, national governments and individual companies – and avoid potential legal issues over EU competition rules posed by large companies banding together.

Under the EU plan, Commission and EU government officials would negotiate deals, but it is not clear at what point companies would be involved, or what say they would have on prices and contract terms.

Because participation in the EU scheme is voluntary, it also raises the question of whether enough big buyers would join to create a powerful negotiating bloc.

Bulgaria, Poland, Spain and the Czech Republic are among the countries interested, EU officials said. The biggest EU gas buyer, Germany, also supports the plan, but it will be up to companies to decide to participate, a German official told Reuters.

One EU official said some large energy firms were reluctant, howver, since they can already negotiate their own deals with major suppliers. “The big ones don’t see a business case in it for them,” the official said, speaking on condition of anonymity.