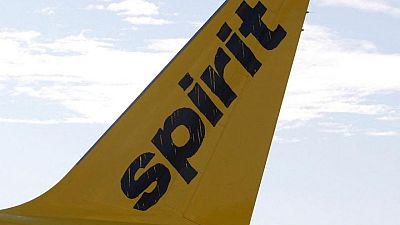 DUBLIN -The head of Sun Country Airlines threw his backing behind a potential merger in the ultra-low-cost airline sector in the United States, saying it would be good for consumers.

Frontier Airlines and JetBlue Airways are battling for Spirit Airlines, which this month rejected an enhanced offer from JetBlue, saying it had low chances of regulatory approval compared to Spirit’s agreed Frontier deal.

“We’re pro this deal happening with either of the two counterparties … hopefully it happens before the end of the year,” Chief Executive Jude Bricker told the Airline Economics conference.

“I think it makes a ton of sense for everybody involved, including and importantly, the consumer,” he added.

has said the Biden administration takes “very seriously” the impact of industry consolidation.

“My view is that the two carriers acting as one in the U.S. will be better for us and that we’ll see more rational pricing generally and I think it will be a net positive,” Bricker said.

Sun Country Airlines itself is not looking for acquisitions and plans to remain standalone, Bricker said.

“Our focus is to remain independent and continue to produce the kind of results we have done. Being our size, we can’t be acquisitive. I think we’ve got a really good thing going that focuses just on execution for us right now.”