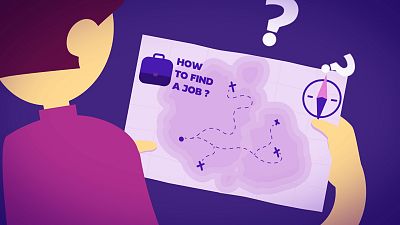 The EU has declared 2022 the Year of Youth, saying it is in recognition of the sacrifices the younger generation made during the pandemic.

As part of the Year of Youth, activities, conferences and initiatives for young people are planned across all EU countries. There will be a special focus on young people with fewer opportunities.

There will also be increased efforts to include youth priorities in relevant EU policy areas and in the EU’s decision-making process.

The flagship initiative of the Year of Youth is the ALMA programme which offers young people from disadvantaged backgrounds who don’t have a job the chance of work experience in other member states.

How many young people are unemployed in the EU?

Youth unemployment in the EU is coming down. It was 14 % in February 2022, compared to 18.2 % in the first quarter of 2021. However young people are still twice as likely to be unemployed compared to the average for the working-age population which is 6.2 %

12.7 percent of young people aged 15-29 are not in education, employment or training; they’re known as NEETs. This is 9 million young people.

What is the Youth Guarantee?

To help bridge the divide and get young people into work, the EU’s Youth Guarantee, guarantees that all young people under the age of 30, who sign up, will receive an offer of a job, apprenticeship, education, or training within four months.

Since it was adopted in 2013, more than 3 million young people have taken up an offer every year, meaning 36 million people have been helped so far.

The longer-term follow-up data available regarding young people that went through Youth Guarantee schemes since 2014 indicate that, on average in the EU, more than half of the young people starting an offer are in employment, education or training six, 12 and 18 months later.

The Reinforced Youth Guarantee has broadened its offer from 15-25 year-olds to 15-29 year-olds. It has a focus on helping the hardest to reach and most disadvantaged and making sure they have the right skills for the digital and green transitions.

What is fuel poverty?