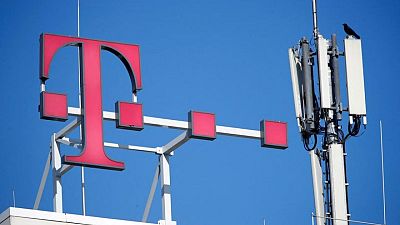 LONDON – Deutsche Telekom is reviewing proposals to sell a majority or minority stake in its towers business from a slew of financial and corporate investors that have approached the German company with takeover options, sources told Reuters.

Bidders including Vodafone’s masts unit Vantage Towers and a consortium of KKR and GIP have submitted bids to buy either 51% of Deutsche Funkturm GmbH (DFMG) or take a minority interest, the sources said, speaking on condition of anonymity.

The business, which is valued at up to 18 billion euros ($19.56 billion), has also drawn interest from Spanish mobile telephone infrastructure operator Cellnex and U.S.-based American Tower Corp, the sources said.

Cellnex, advised by JPMorgan, is only looking at a deal that would give it majority control of DFMG rather than becoming a financial partner to Deutsche Telekom through a minority investment, a separate source said. Deutsche Telekom, Vantage Towers, Cellnex and American Tower declined to comment, while KKR and GIP were not immediately available.

Deutsche Telekom has hired Goldman Sachs to launch a full or partial sale of its towers in a bid to capitalise on high demand for infrastructure assets and eye-watering industry valuations that would help it drive down its debt.

While Deutsche Telekom chief executive officer Tim Hoettges had initially signalled he wanted to “de-consolidate” the business – which operates 40,600 masts across Germany – the company could still favour a minority stake sale to a financial investor as a way to extract value in the near-term, the sources said.

“They still need to decide what’s best to do as a first step,” one source said. “A minority stake sale remains an attractive option given the complications of pursuing an industry tie-up.”

Deutsche Telekom aims to clinch a deal by the middle of the year although discussions could only be finalised in September depending on the complexity of the deal, the sources said.

The German telecoms giant has yet to set a deadline for final bids as it is still assessing the merits of each proposal, the sources said.

Any tie-up with an industry player already active in Germany – such as Vantage Towers – would immediately trigger a lengthy regulatory review, they said.

Vodafone, which listed Vantage Towers in Frankfurt in March 2021 and still owns 81% of the business, is working to clinch an industry merger for Vantage with either Deutsche Telekom’s DFMG or Orange’s towers unit Totem and has so far snubbed interest from financial investors.

Any deal between Vantage Towers and DFMG would require a package of remedies including asset disposals to win the blessing of European regulators, the sources said. ($1 = 0.9204 euros)