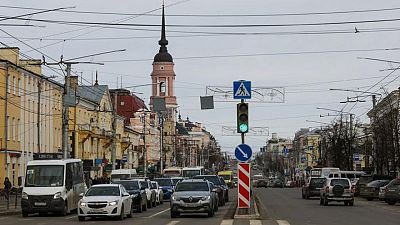 – New car sales in Russia fell 62.9% year-on-year in March, contracting for a ninth straight month, as the industry encountered an acute shortage and soaring prices caused by a sharp rouble drop and disrupted logistics.

The Association of European Businesses (AEB) said on Wednesday new auto sales in Russia amounted to 55,129 cars in March, around half the number sold in February.

In the first quarter of 2022, Russia’s sales of new cars and light commercial vehicles fell 28.4% to 277,332 units, AEB said, without providing details or an updated forecast for the Russian market.

If the current pace of contraction continues, the new cars market could shrink twofold in 2022, said Evgeny Suvorov, an economist at CentroCreditBank.

“The market is limited by both supply and demand. Many brands have left the Russian market, and the remaining face logistical and production problems,” VTB Capital analysts said.

The Russian car market had counted among the most promising globally until 2014, encouraging foreign automakers to build their factories there.

Before the latest round of sweeping Western sanctions, Russian car sales stood at 1.67 million units last year from around 3 million units sold a year in the 2000s.